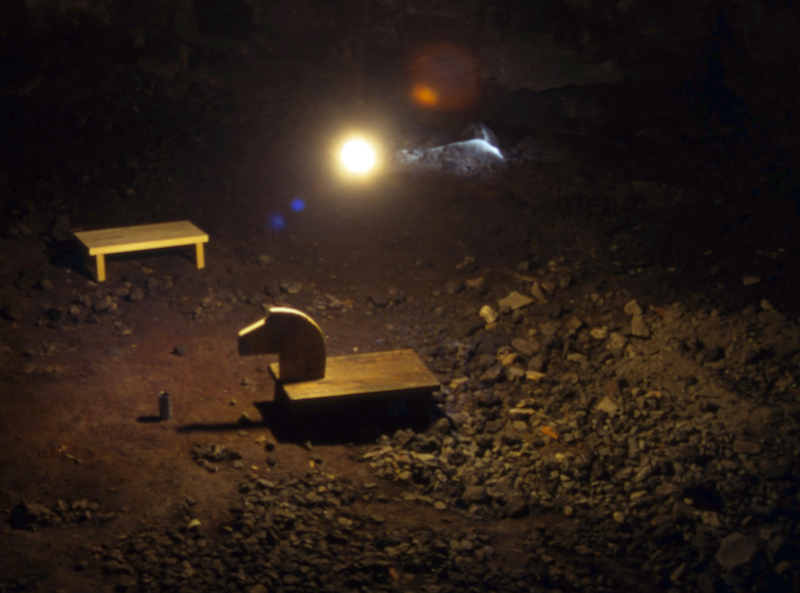 A sketch for an additional work, but not included in the final installation
< 4/4

Based on photos of private belongings and interiors from the abandoned mining city Humberstone in The Atacama desert, Northern Chile. Humberstone was a prosperous salpetre -mining city before World War One when synthetic substitutes were developed.The salpetre was an important part in making fertilizer. The Norwegian company Hydro was established in 1905 based on production of synthetic fertilizer. Synthetic fertilizer took over the world market, and thus caused the chilean mining communities to decay, turning them over the years into ghost towns.

In this project a series of photos are transferred to the white handkerchiefs with the cyanotype process, making them to a collection of memories of lived lives. A short text tells the story of how the production of synthetic fertilizer in one part of the world ( Norway ) changed the living conditions in another ( Chile ).

The work was shown in the loft of the former gallery of UKS ( Association of young artists ) ,Oslo 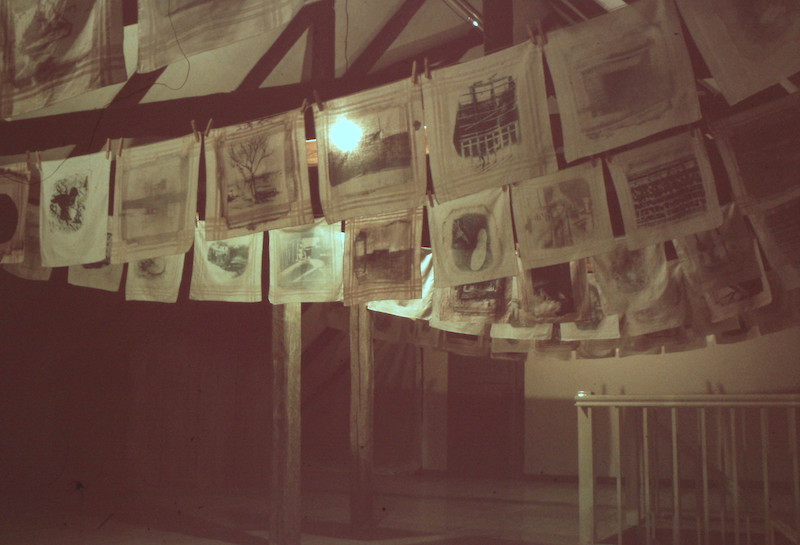 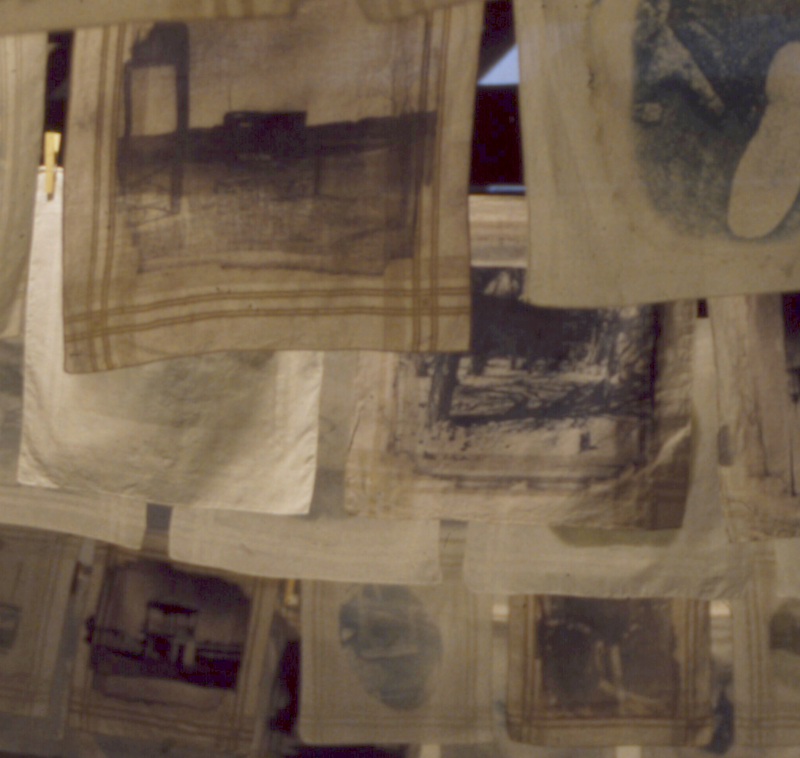 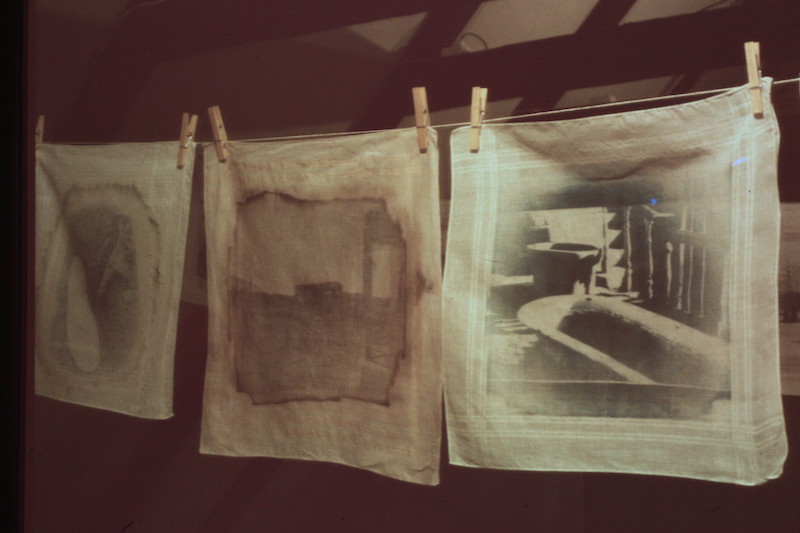