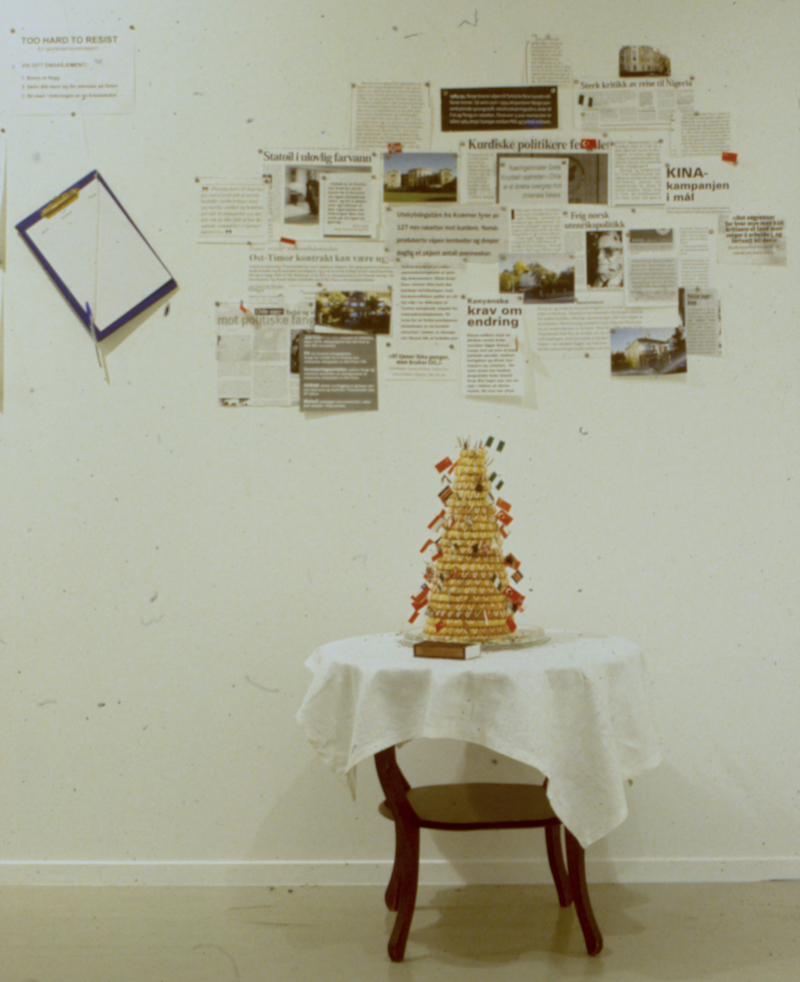 The starting point is a former norwegian law that prohibited the burning of a foreign countries' national flag. I wanted to find out what it takes to make people violate by purpose the law, and burn a flag as a symbolic political protest.

A selection of newspaper articles documenting how The Norwegian state is involved economically in authoritarian regimes were presented on the wall, for the audience to read. Then they could decide if they wanted to join both a symbolic protest , setting fire to some of the paper flags decorating the Almond Cake – AND add they signature to a list that later would be send to Amnesty International, thus becoming a REAL protest.

On the matchbox  is printed the law that forbid burning national flags. To make it more tempting to break the law, one name from the list, picked at random by drawing lots , would win a freshly baked Almond Cake.  More that 100 persons signed the list. From 2008 the law do not longer exists.

Project for the artist Victor Lind 60 years Anniversary Website . Curated by Per Boym 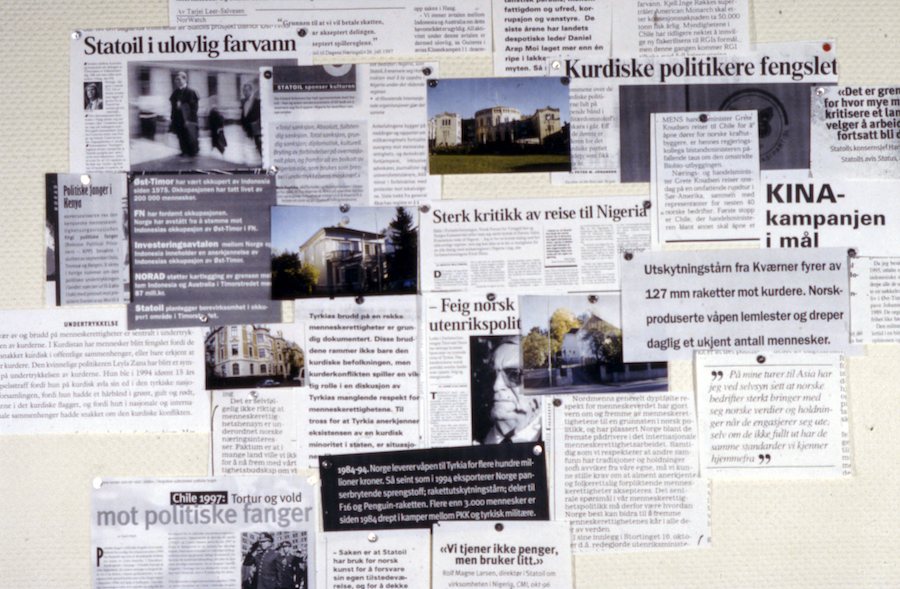 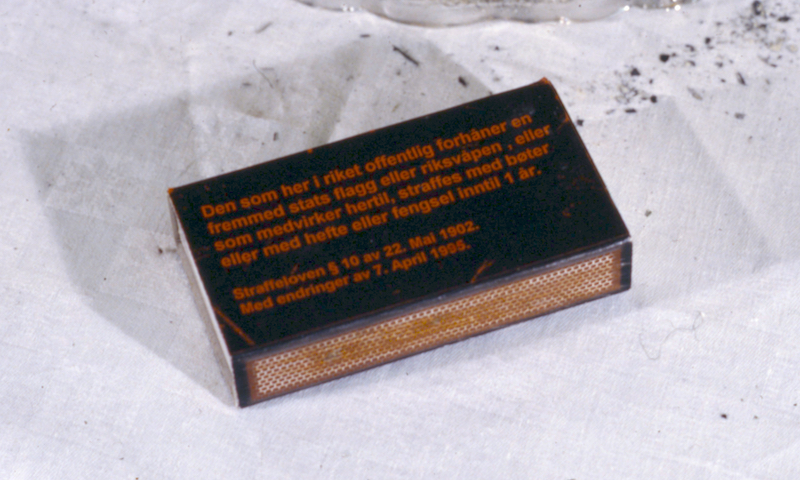 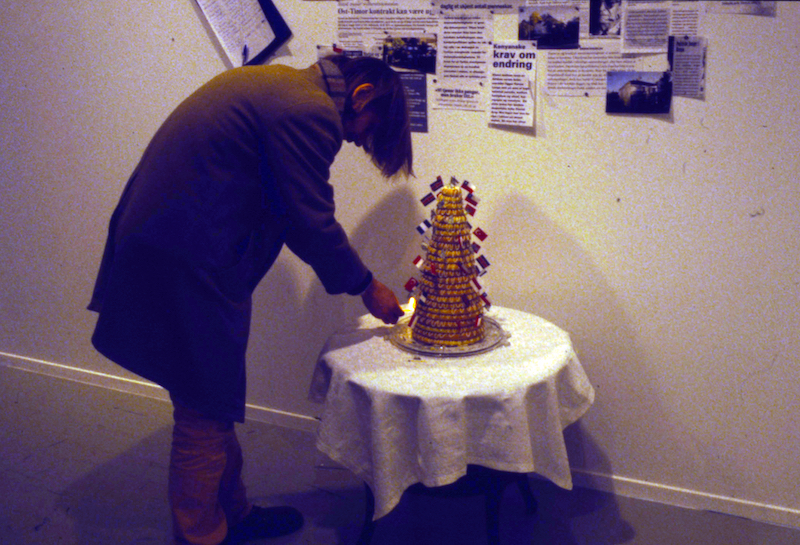 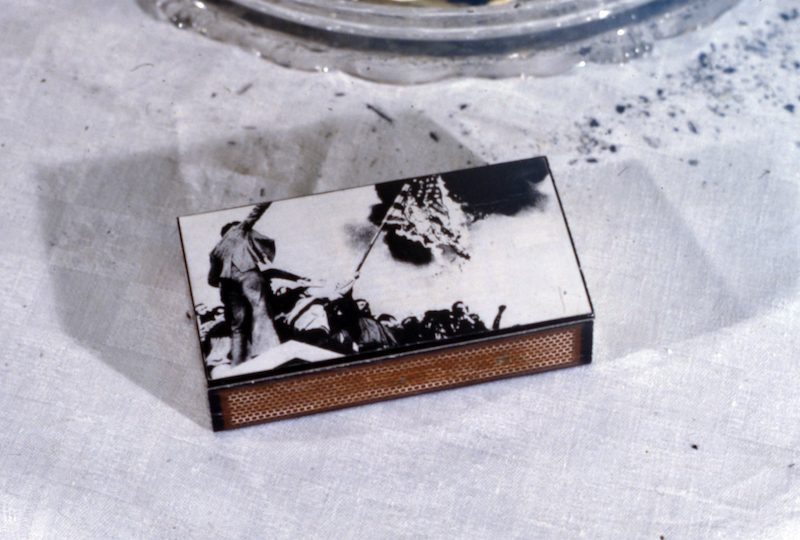 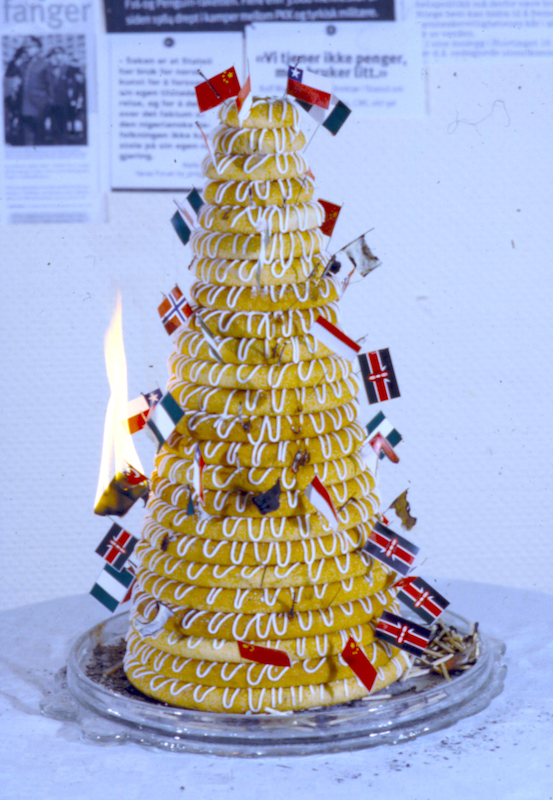 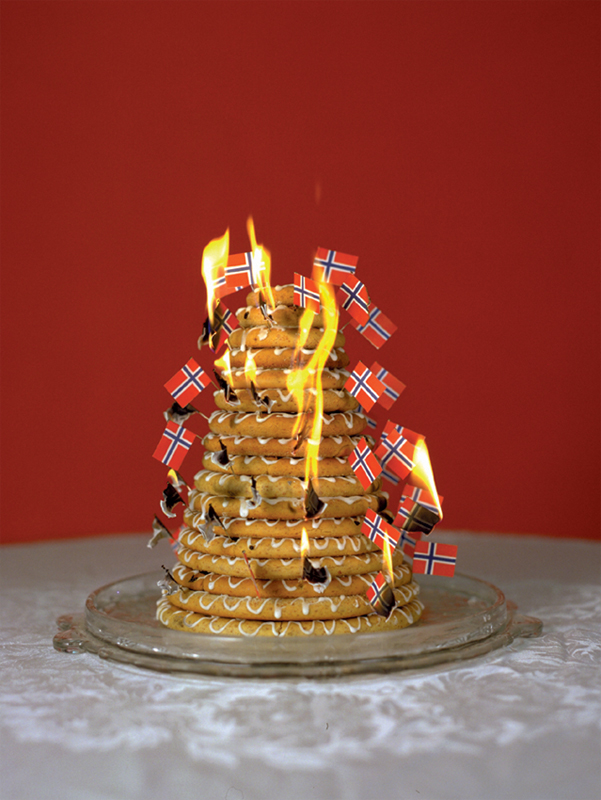