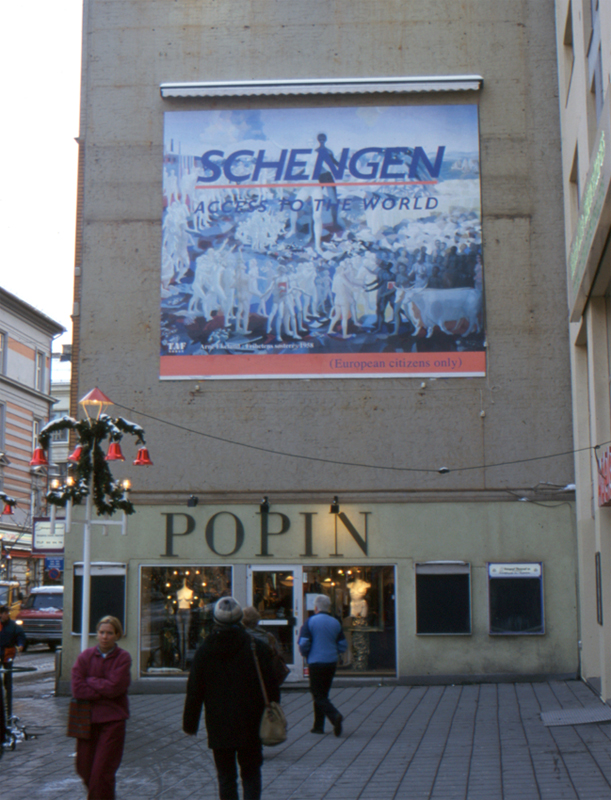 The starting point is the painting The Sisters of Freedom  (now in the National Assembly building in Oslo) by Norwegian painter Arne Ekeland (1908-94).  The painting portrays different races meeting together without borders. Our project is a comment on the lack of critical public debate when the Norwegian government decided to join the European border control agreement, Schengen, in 2001. The phrase “Access to the world” was taken from that year’s Visa International advertising campaign. The billboard hung for three months, during winter, along the main shopping street in Oslo West.

Calendar, poster and CD Rom project for the exhibition Shelter, on the occasion of Trondheim's 1000th Anniversary in 1997.

Based on important places and events In Trondheim's older and recent history, an ironic Jubilee Calendar was produced; each month during the year show a specific situation with a short story,  some events also with a political sting. Important dates during the anniversary year were repeated in the calendar so that it became a Memorial calendar over the same Anniversary Year. In addition to an edition of the calendar that was for sale, it was presented both in the form of a poster exhibition and an animated CD Rom.

Crossword with art related questions published in the book Manual, edited by Line Løkken, Tine Aamodt, and presented both as a poster and an interactive project at the Annual Autumn Exhibition in Oslo 2006.
The questions are related to the historical art-knowledge and inside information that are supposed to be important in order to make a career in the contemporary art world. Three winners were chosen and each one received a signed copy of the book How to Become An Artist in Three days, by Swedish artist Lars Vilks and theorist Herman Schibli. 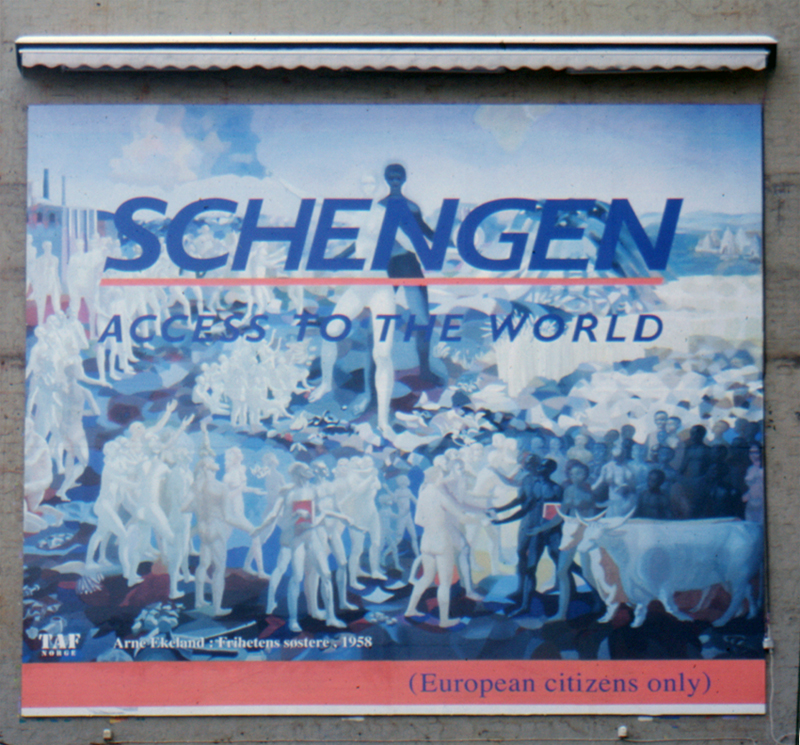 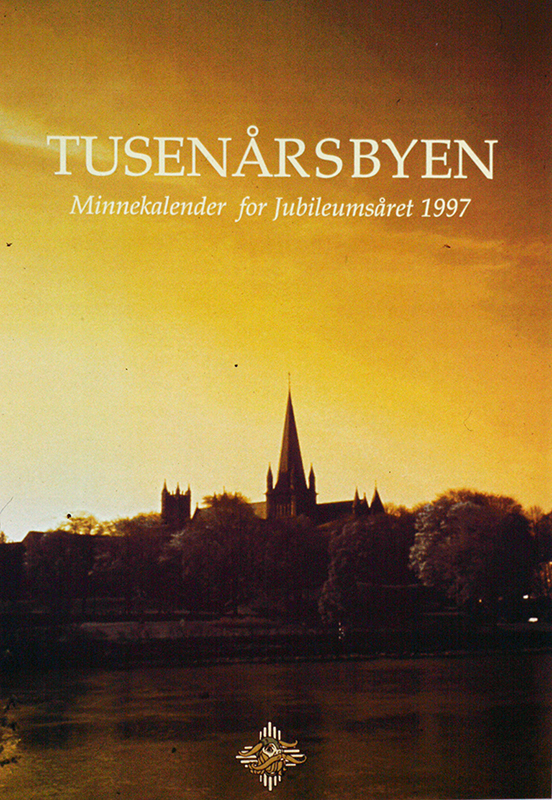 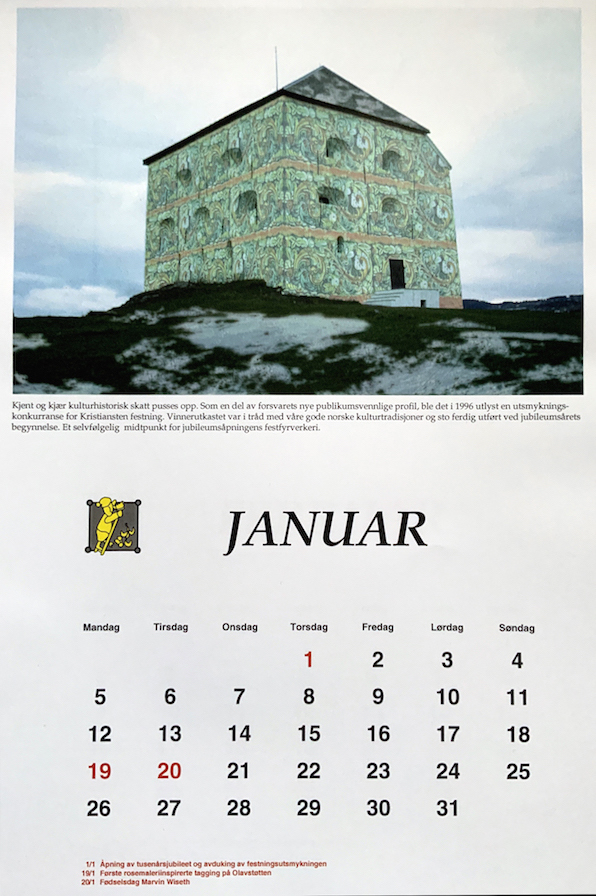 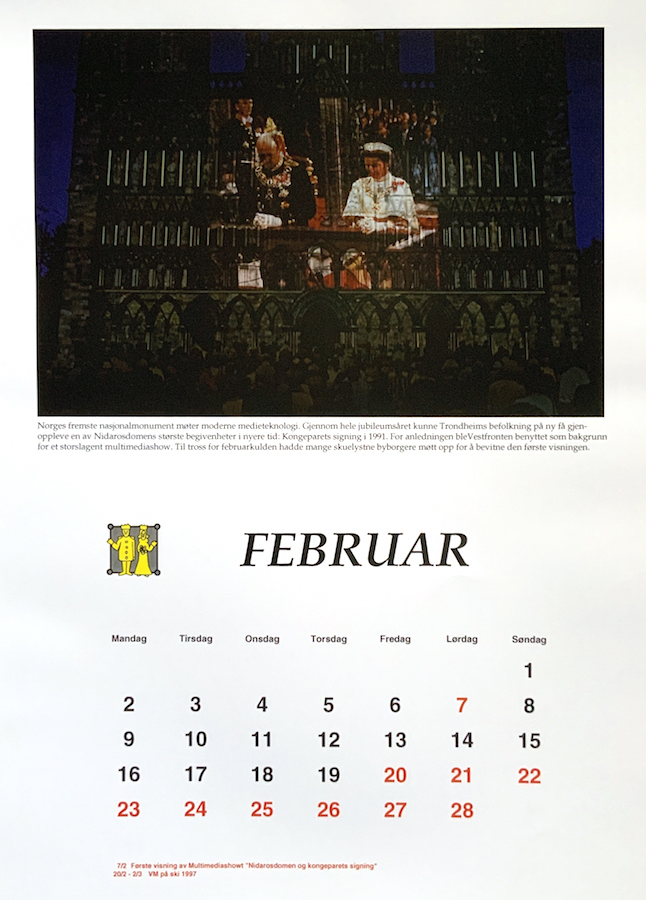 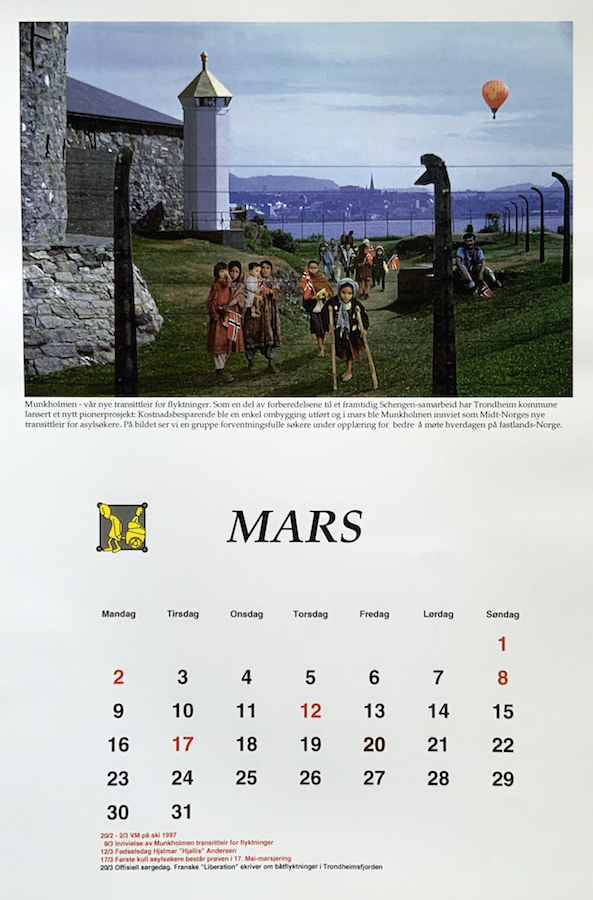 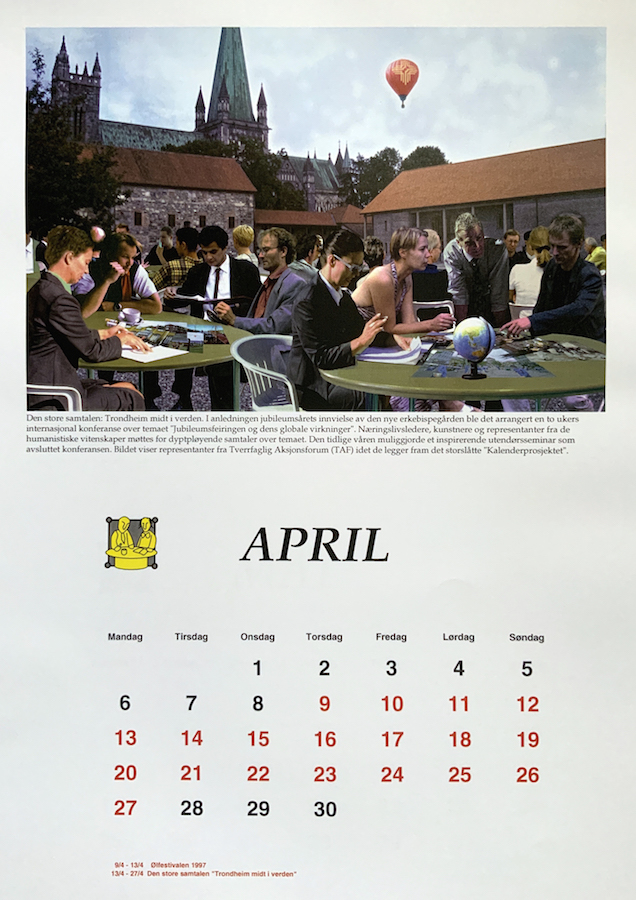 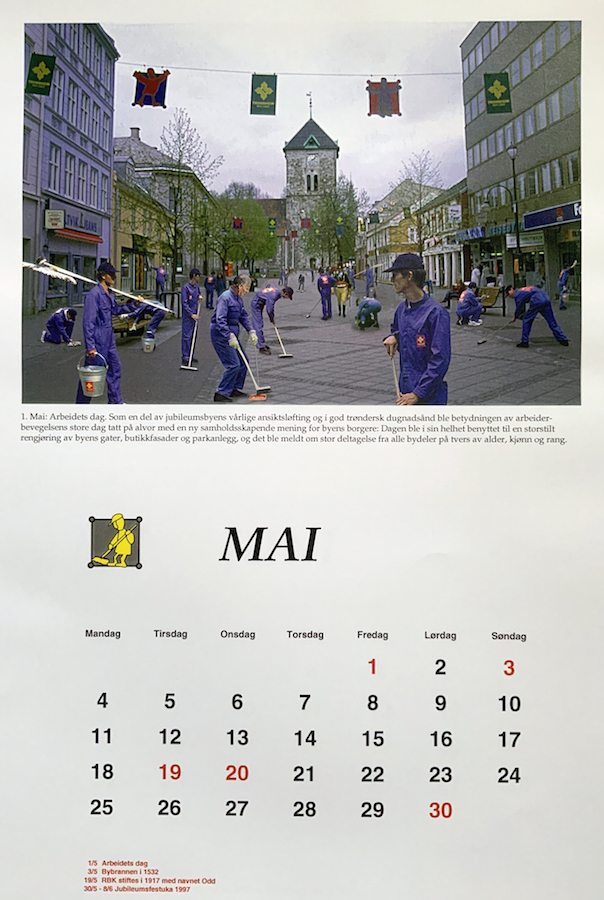 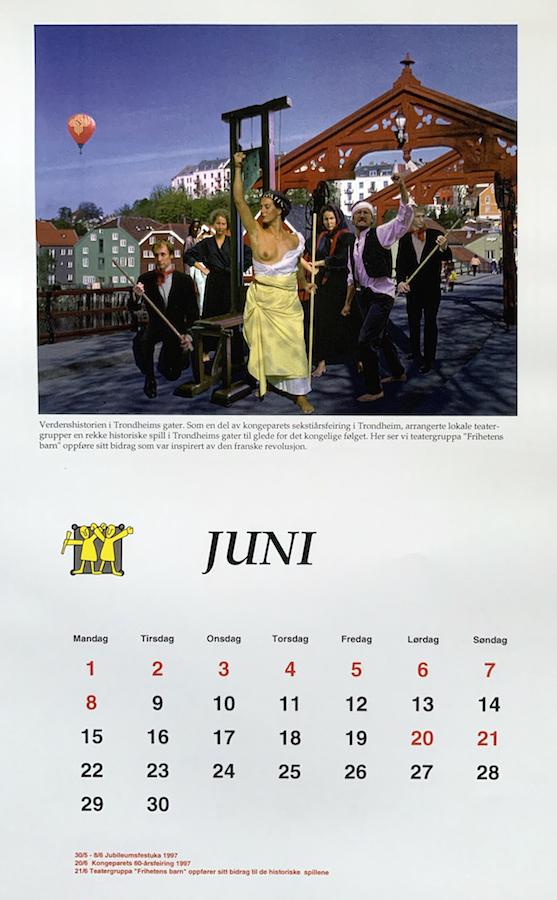 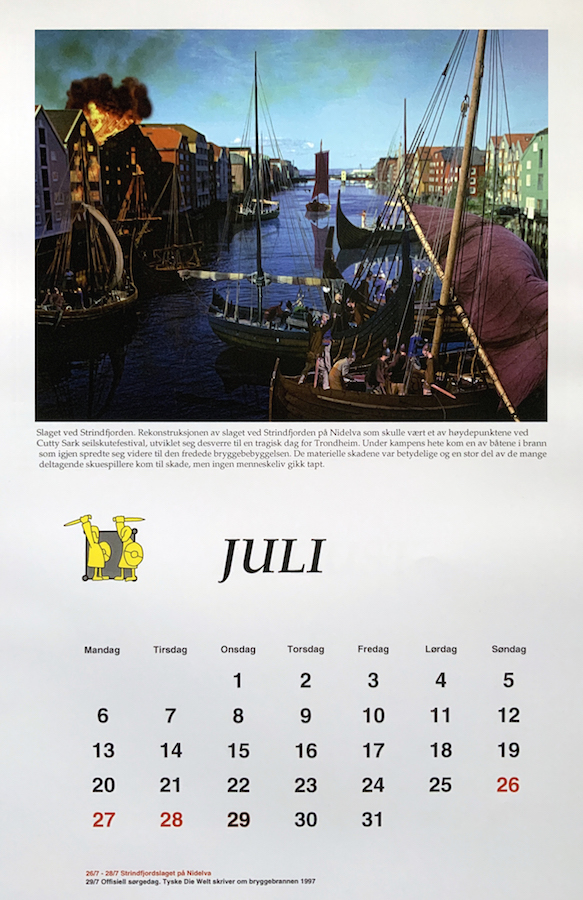 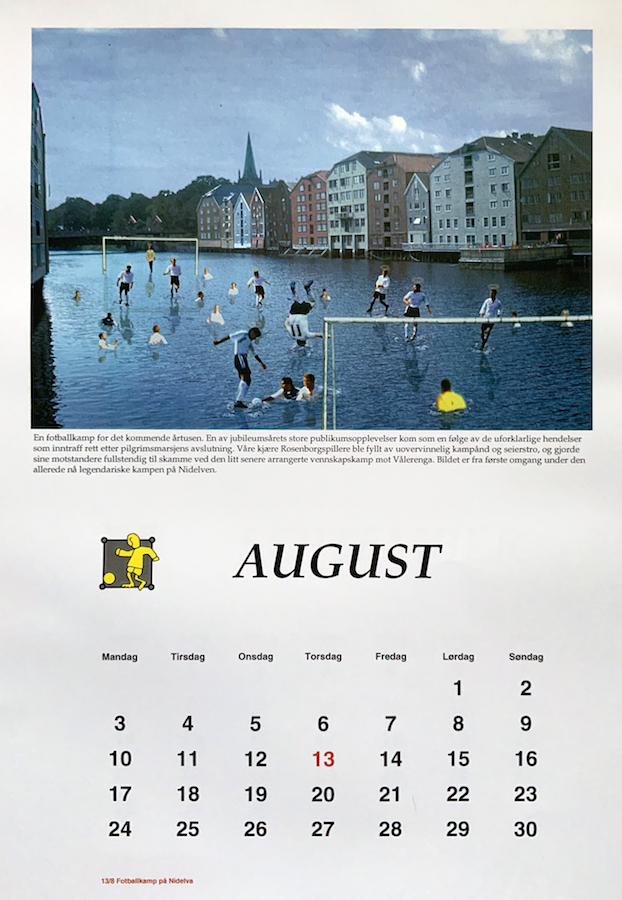 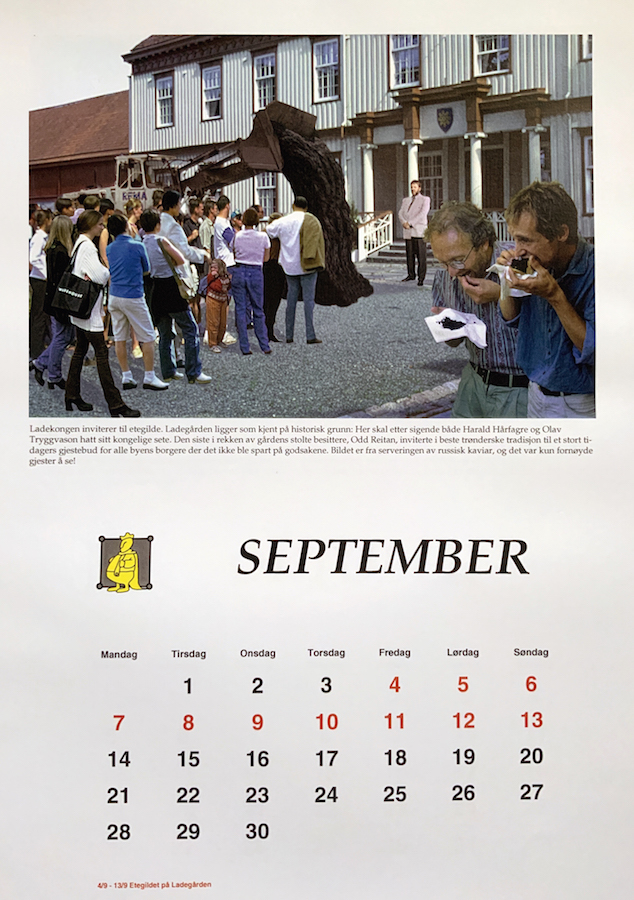 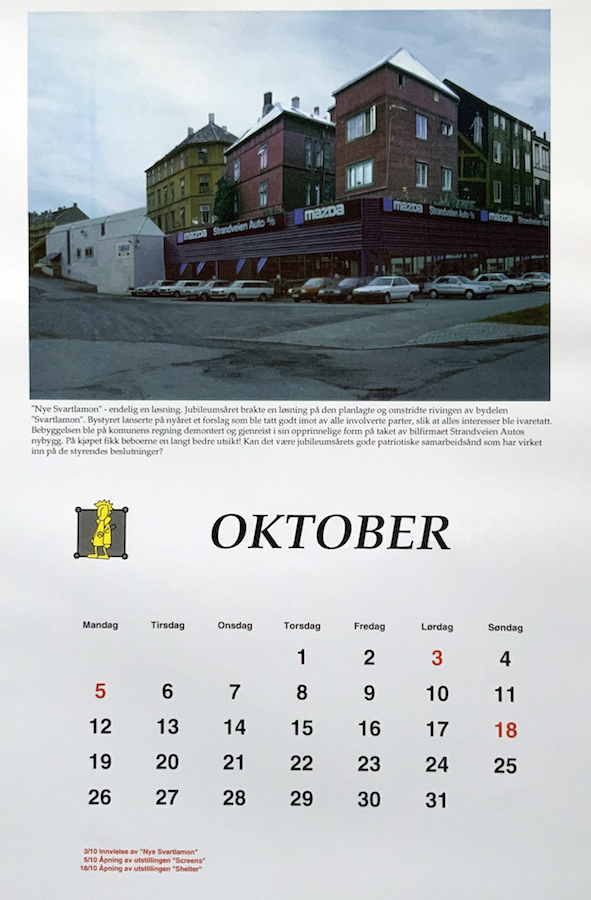 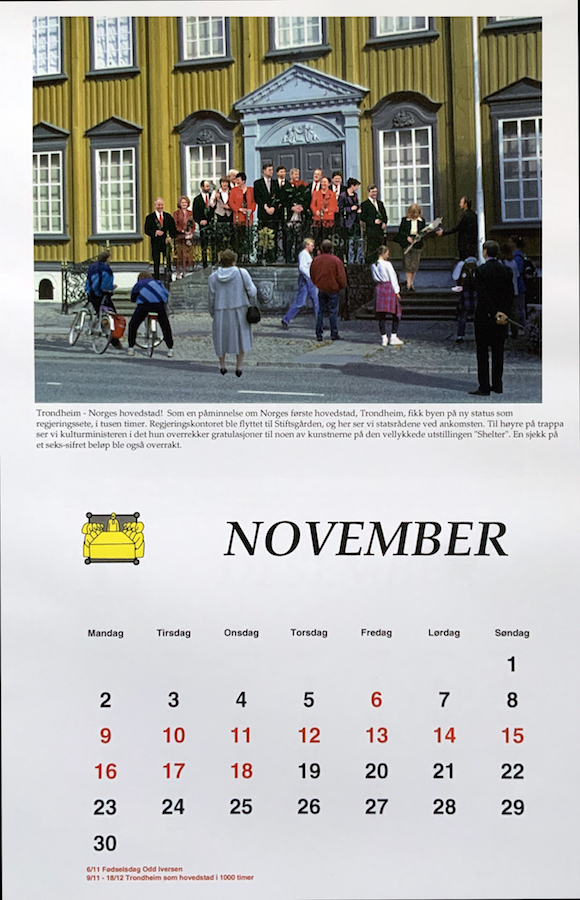 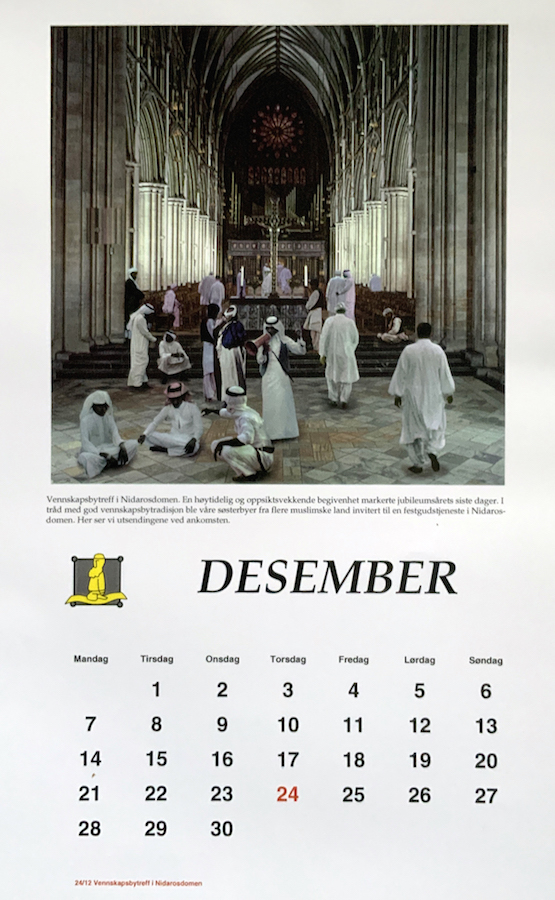 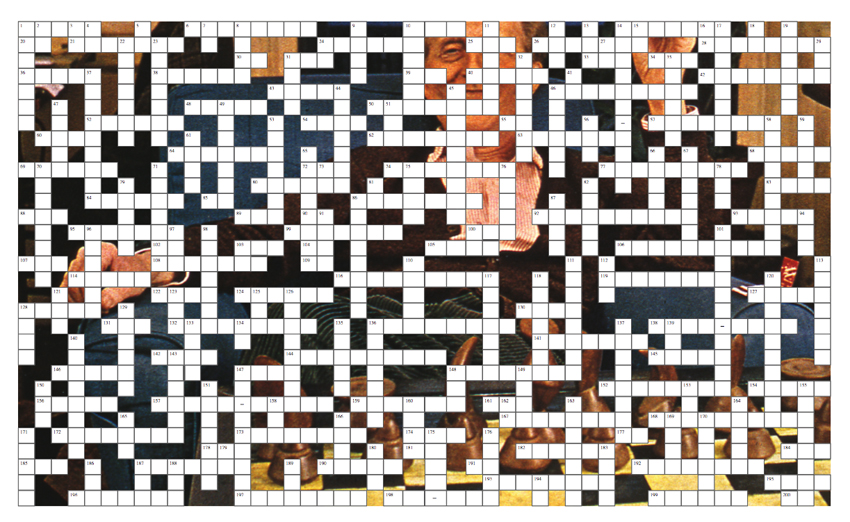 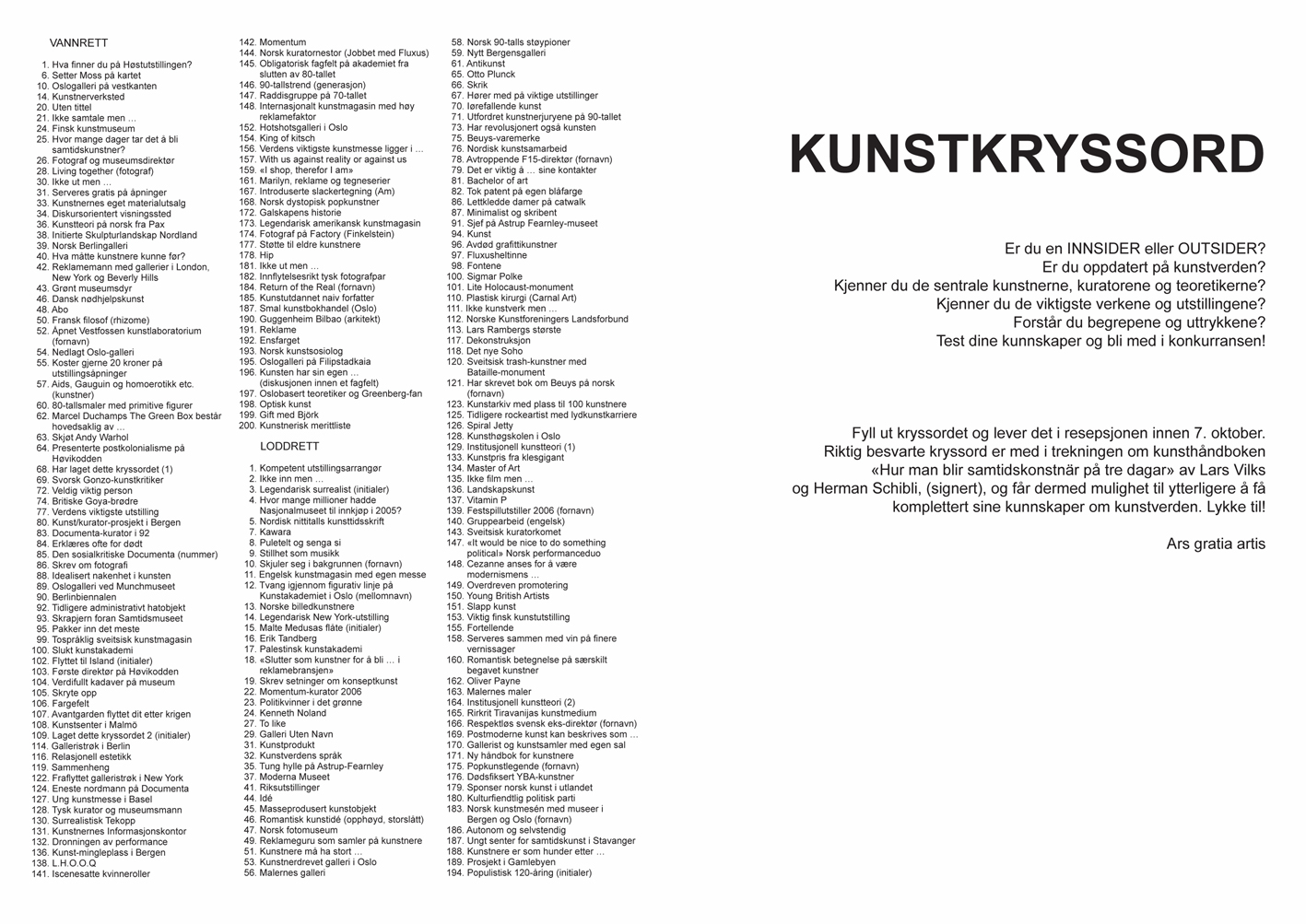 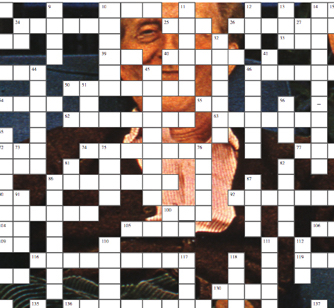