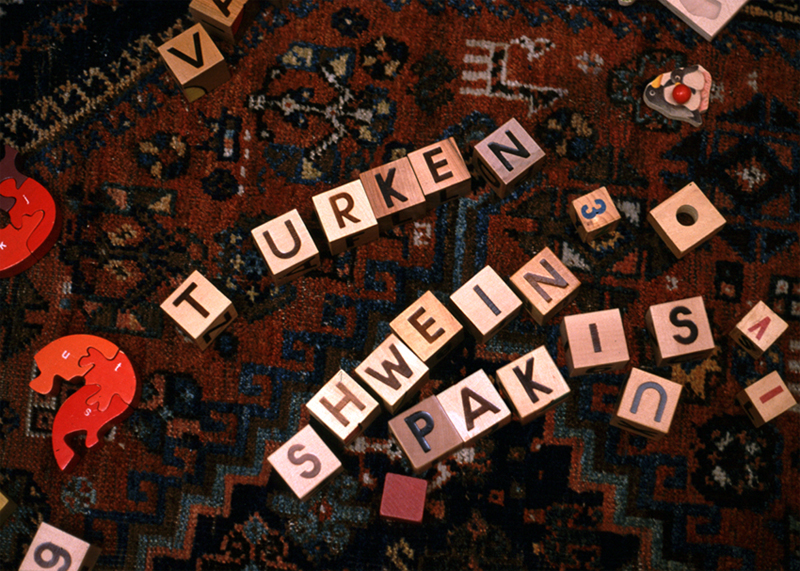 A series of staged photography showing children playing with wooden letters and thus learning racist words about non-white persons. The racist words are expressed in different european languages such as english, dutch, french, spanish, norwegian, italian - words that are often used to name minorities in each respective country. The children are of different ethnic origin, thus showing that some of these children from early age will be confronted with racial stereotypes. The play itself suggests a state of innocence and that the words are imposed from the social milieu where they grow up.

The project was made for the book Fortress Europe - NO ! Published by Anne Britt Rage. 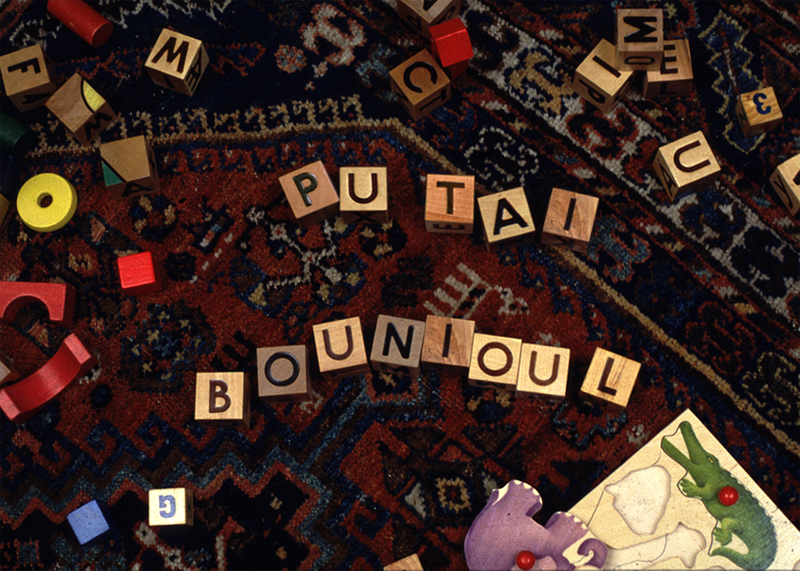 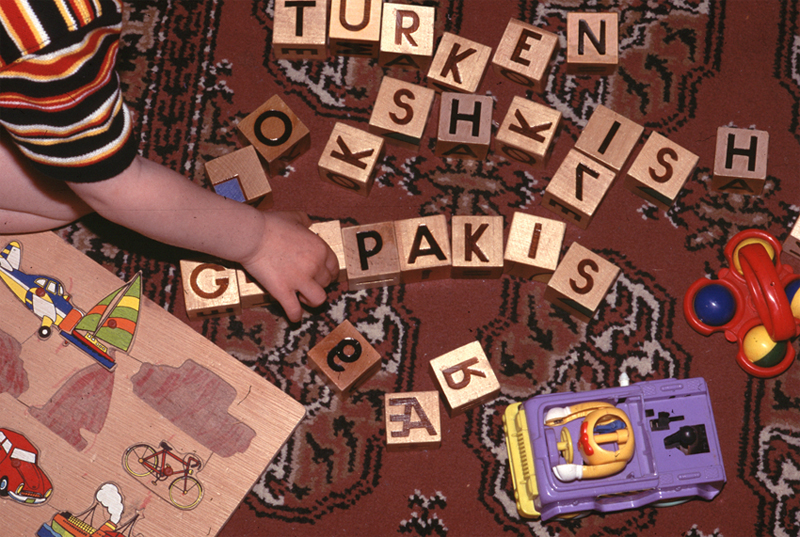 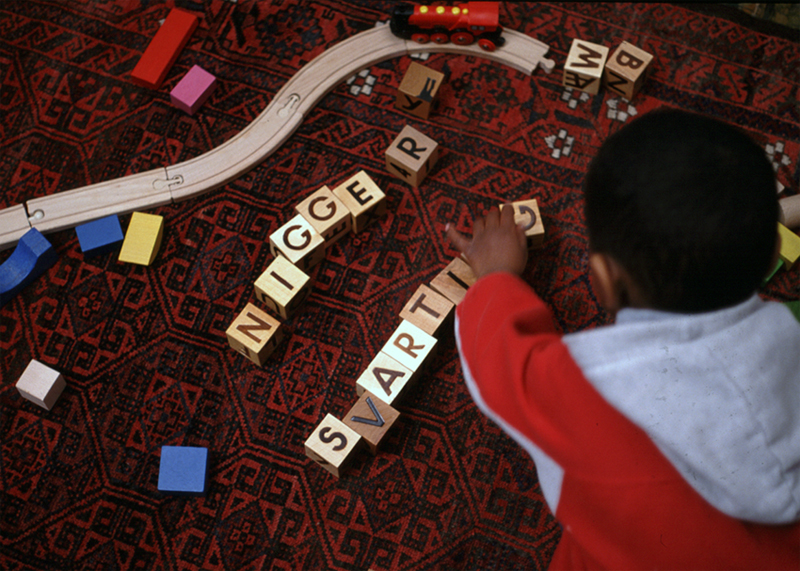 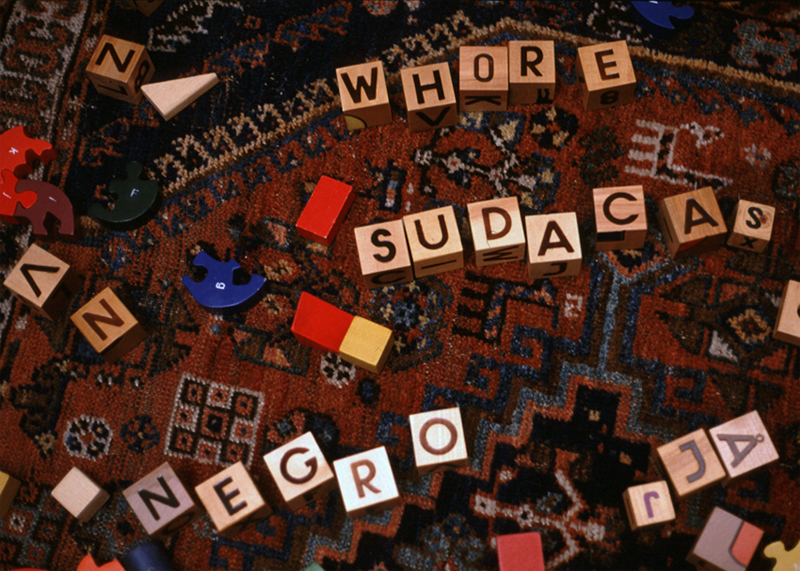 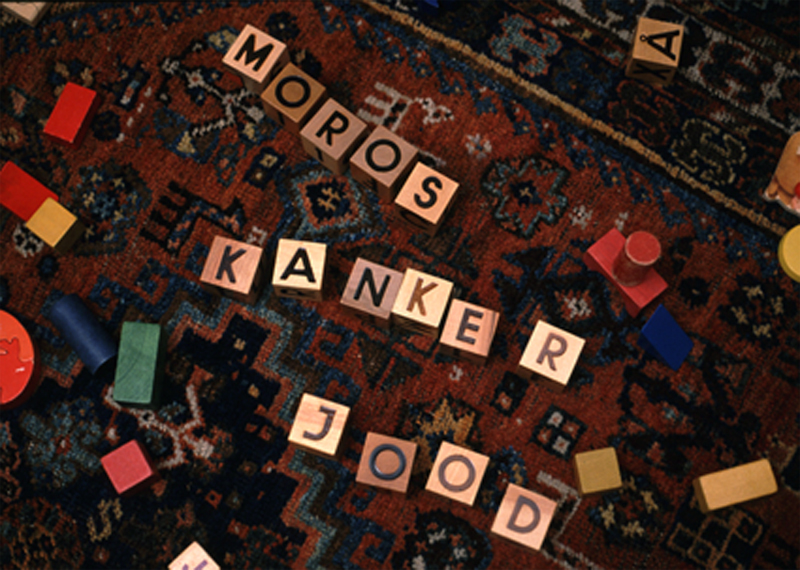 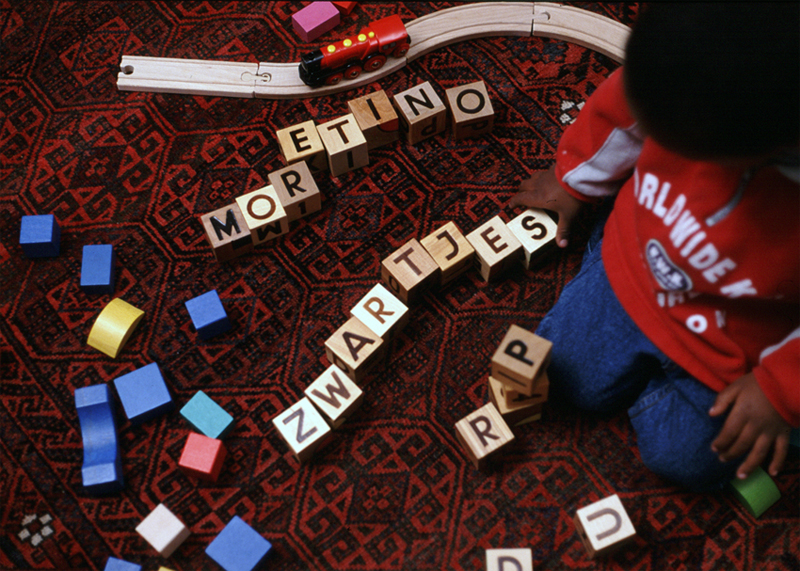 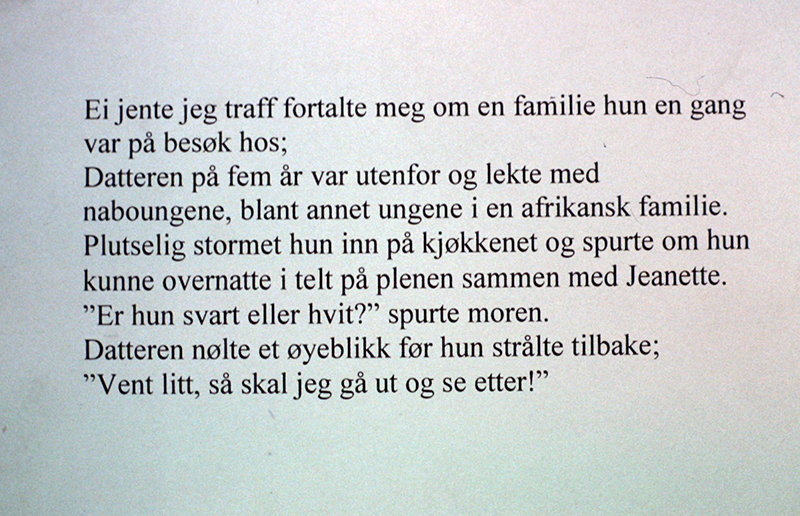