The project is based on the commission public work that Pablo Picasso and his assistant, the Norwegian sculptor Carl Nesjar did as decorations for the Norwegian Government Office buildings in Oslo from 1956-71. Both the modernist architecture and the cubist style promoted a utopian and optimistic view of progress.

The mural depicts, among others things, natural sceneries such as fish, the sea and fishermen; motives central to Norwegian self-promotion and understanding as a country rich with clean, natural resources.

In my project these images has been reworked and digitally manipulated to fit better to our actual worries concerning climate change, and the damage to natural sea-resources caused by over fishing and breeding in fish-farms. The fish depicted has been transformed to cubist style genetic monsters attacking the fishermen and their ship. The destroyed nature strikes back. 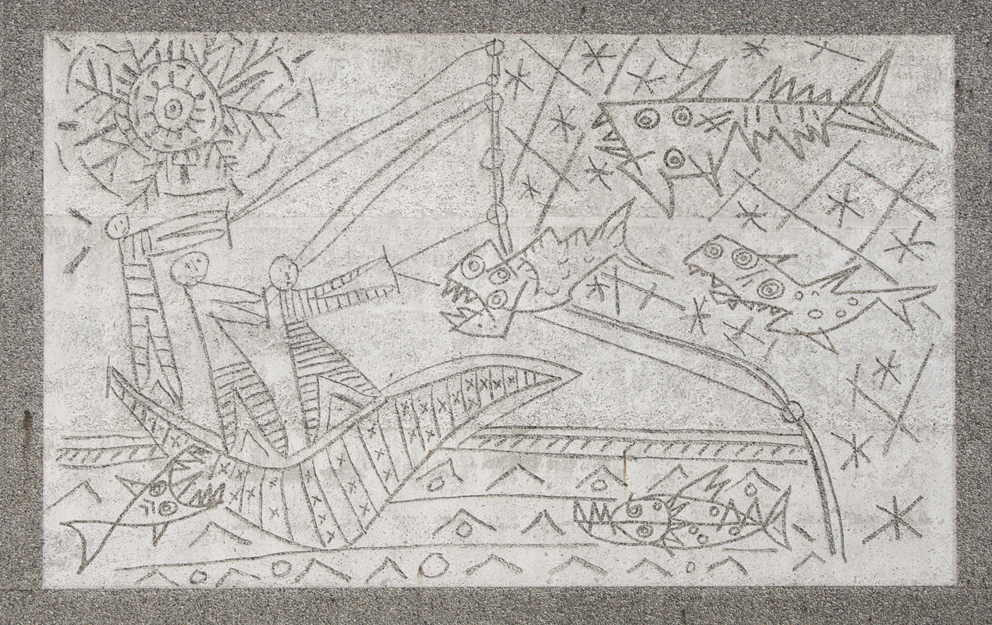 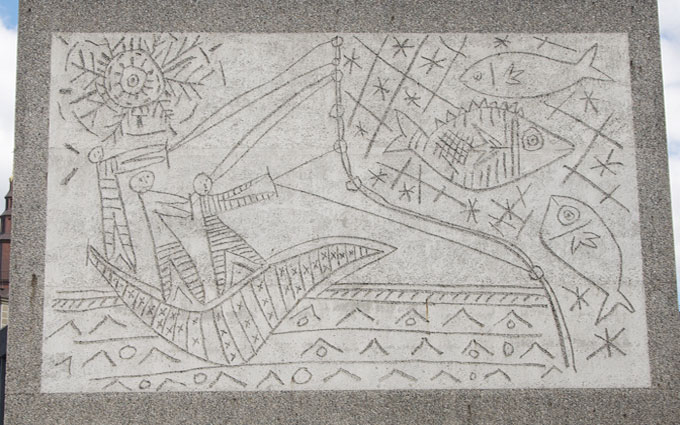 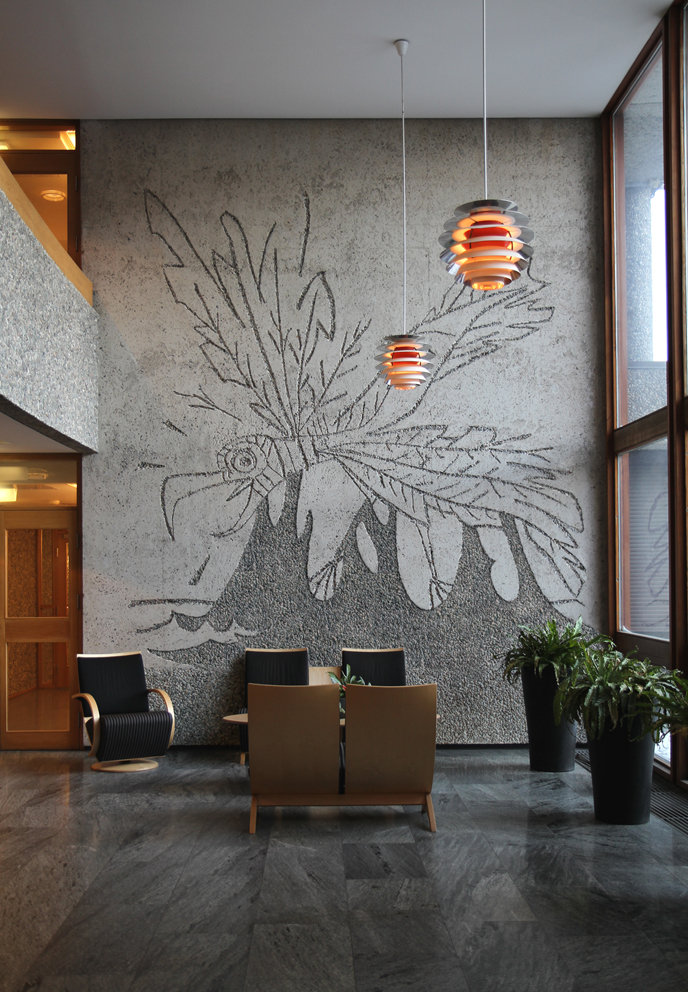