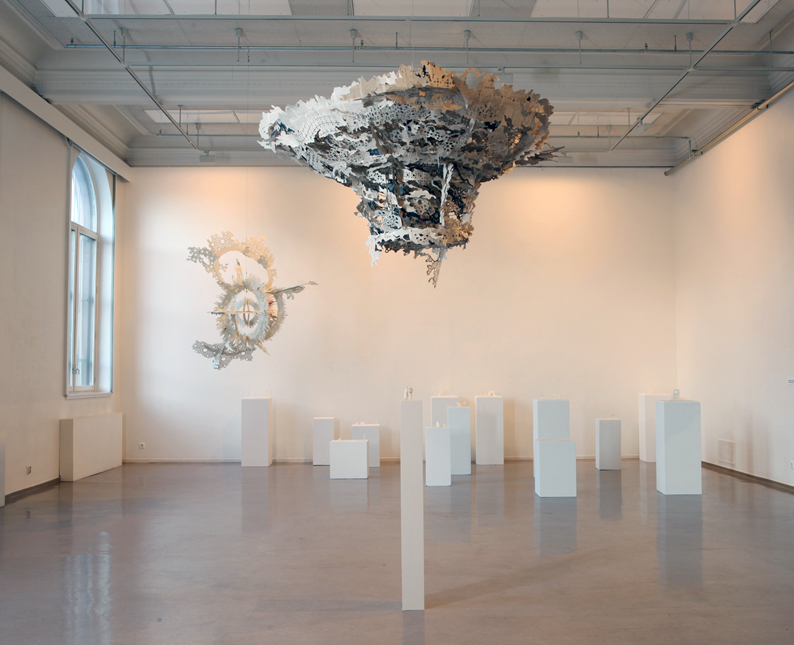 Sculptures and installations made by using books as the main production material. 2009

The project consists of a group of sculptures made after reading literature expressing both pro-Islam and anti-Islam ideology. The starting point was to study more deeply texts that have influenced the contemporary idea of an ongoing conflict between east and west, between Islam and (secular) Christianity. The chosen literature represented both classic writing on the topic, such as Sayyid Qutbs Milestones and more recent writing; Samuel Huntington’s Clash of Civilizations, as well as polemical pamphlets and essays. To counterbalance the black/white descriptions of culture and identities I chose poems by Palestinian writer, Mahmoud Darwish.

Instead of illustrating the book’s literal content I searched, from my personal interpretative point of view, for an image that could represent or symbolize the author’s vision or motivation / drive behind the text. 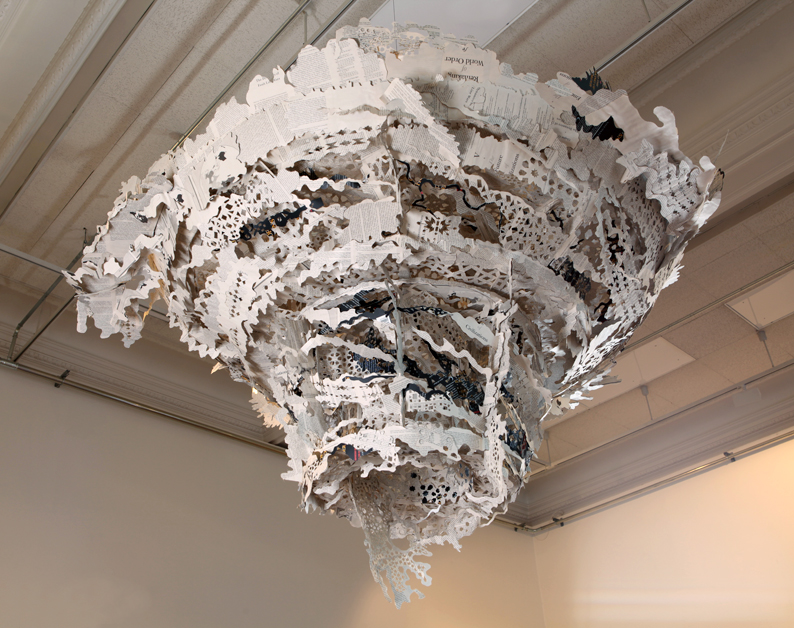 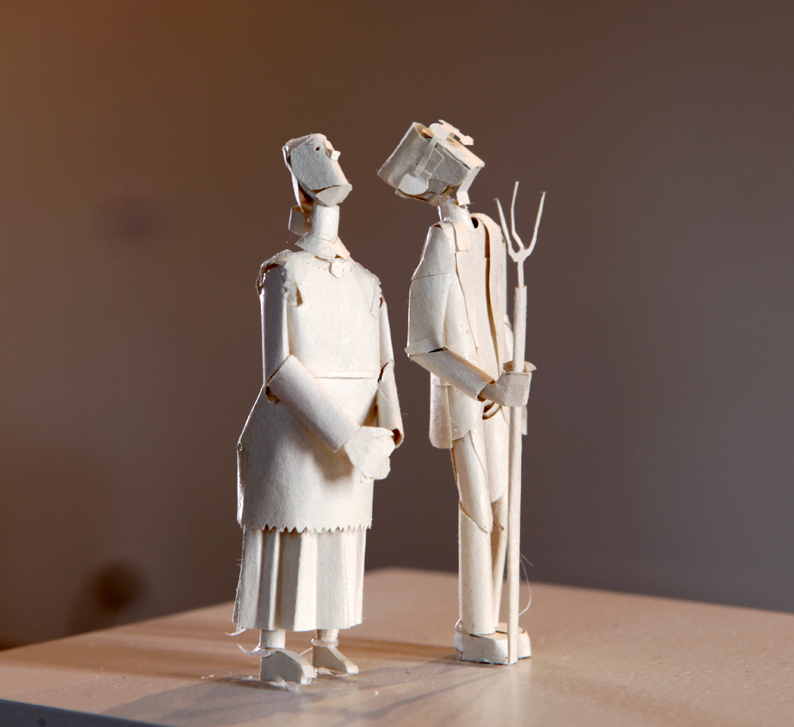 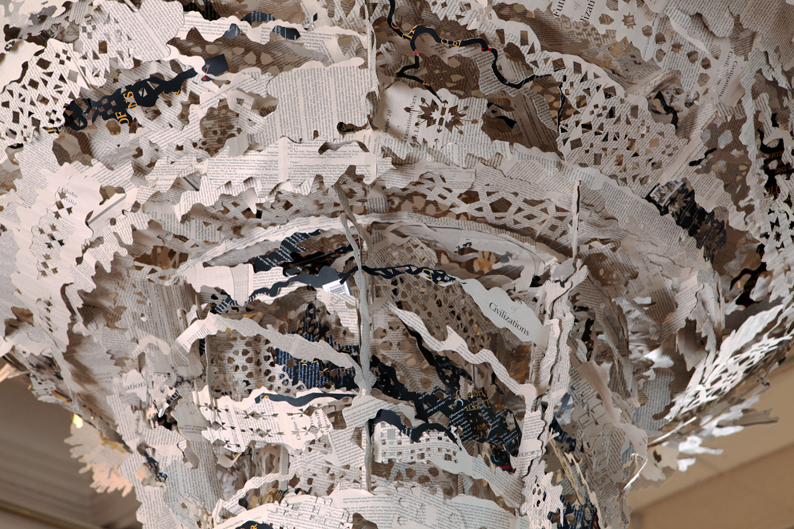 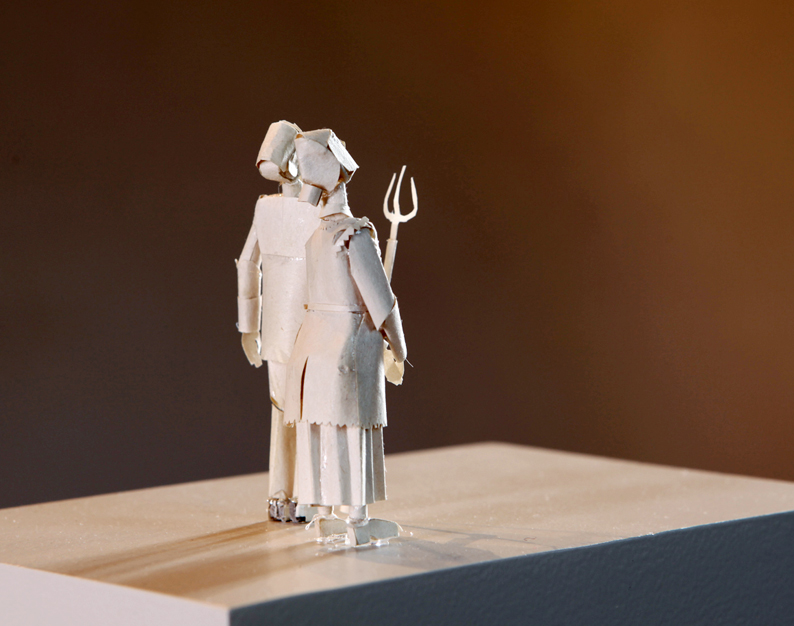 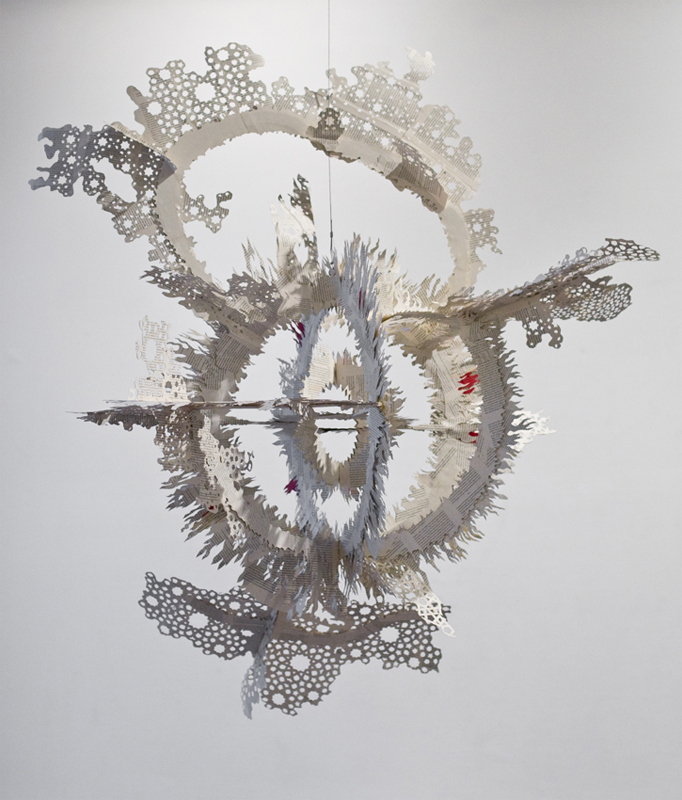 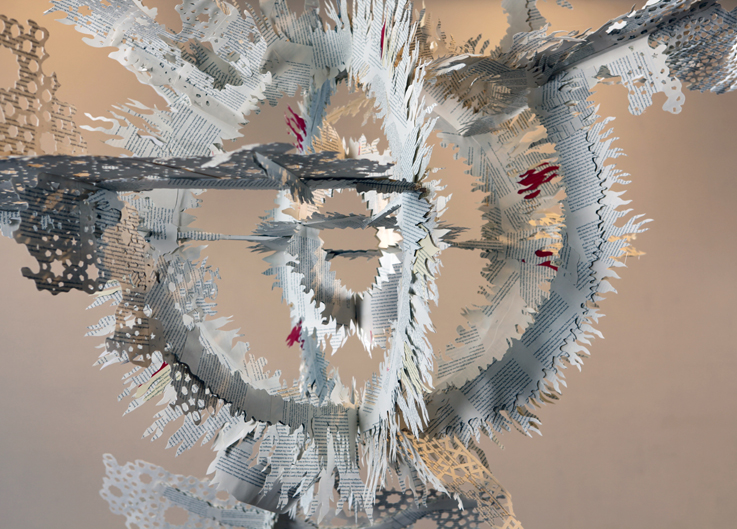 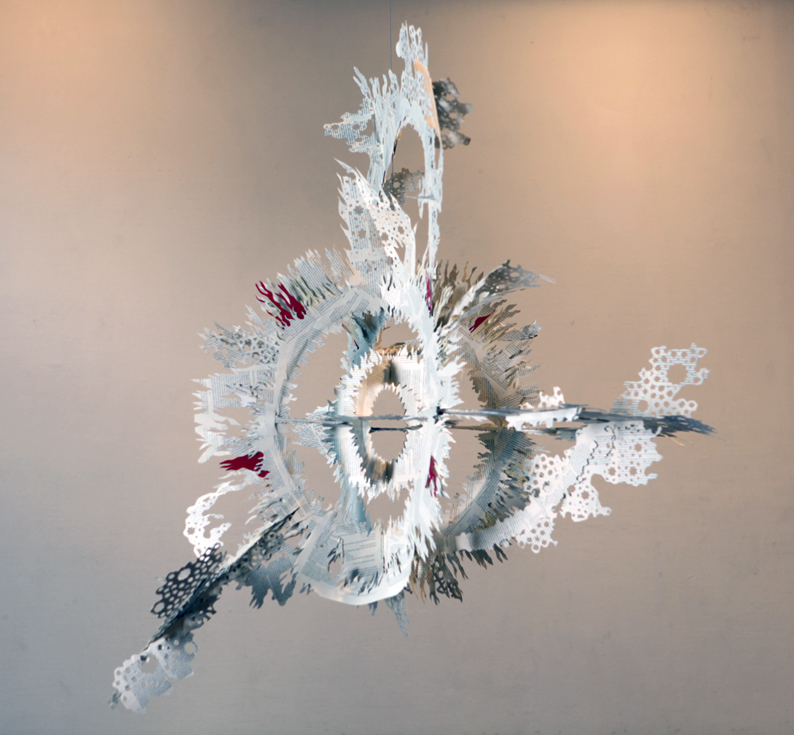