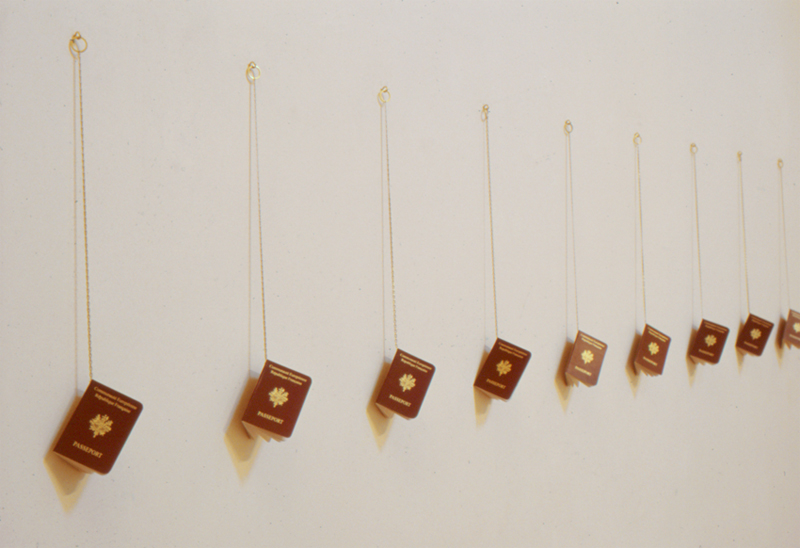 This project has its starting point in a personal diary produced between 1997-2001 when I registered my own troublesome feelings and insecurity concerning non-western immigrants in Norway and Europe. The uncensored texts were handwritten in a series of home-made passports; Norwegian, French, Italian and European national passports (made for exhibitions in these countries). The texts reveal an individual’s protectionist and fearful reactions towards the unknown, and the project intends to show how these hidden, private thoughts become part of the official national identity, represented by a passport. Between the written texts are prints of visas and entry permits for countries outside Europe, many of them former European colonies. 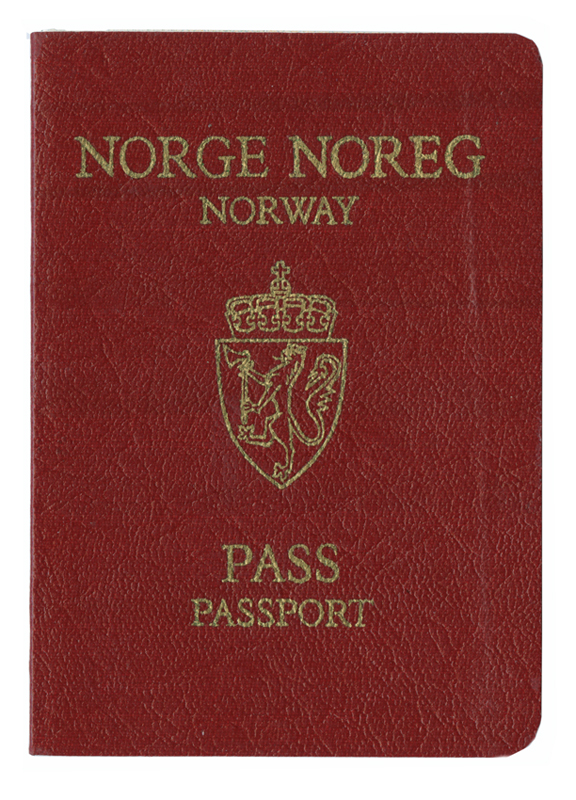 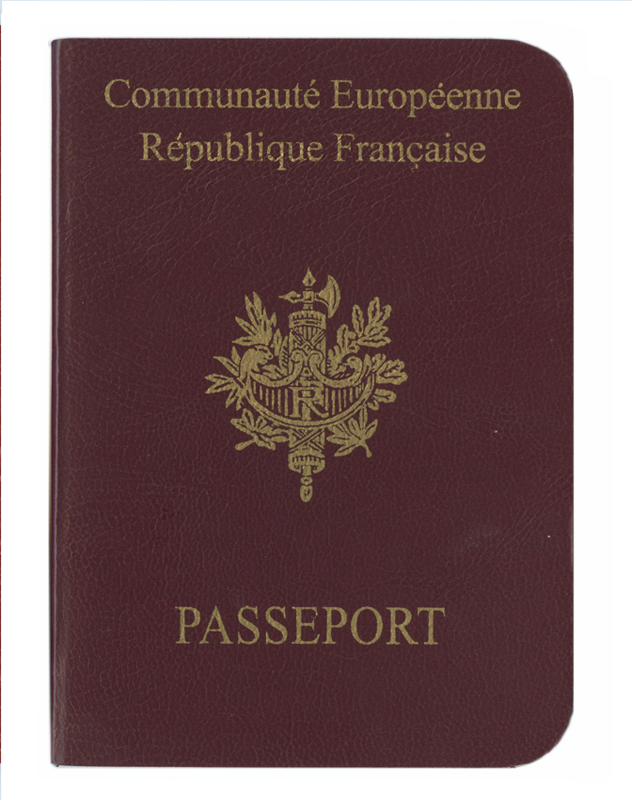 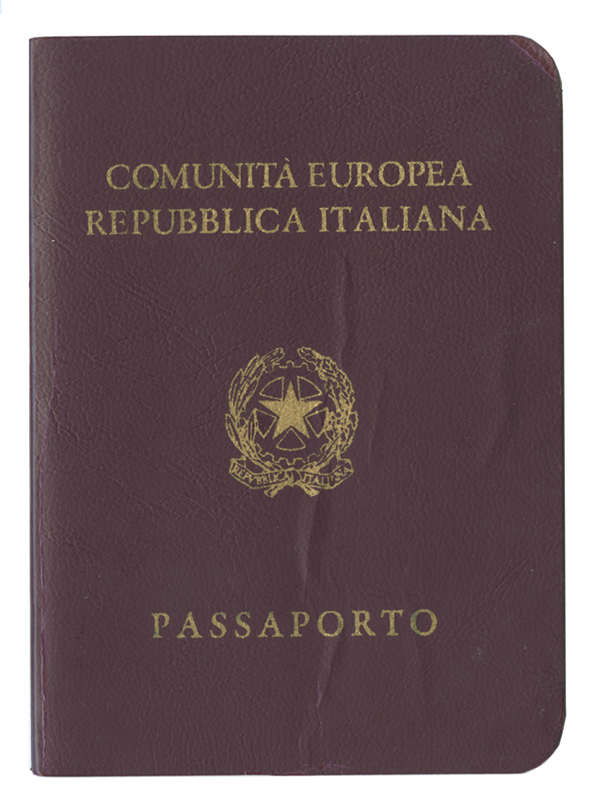 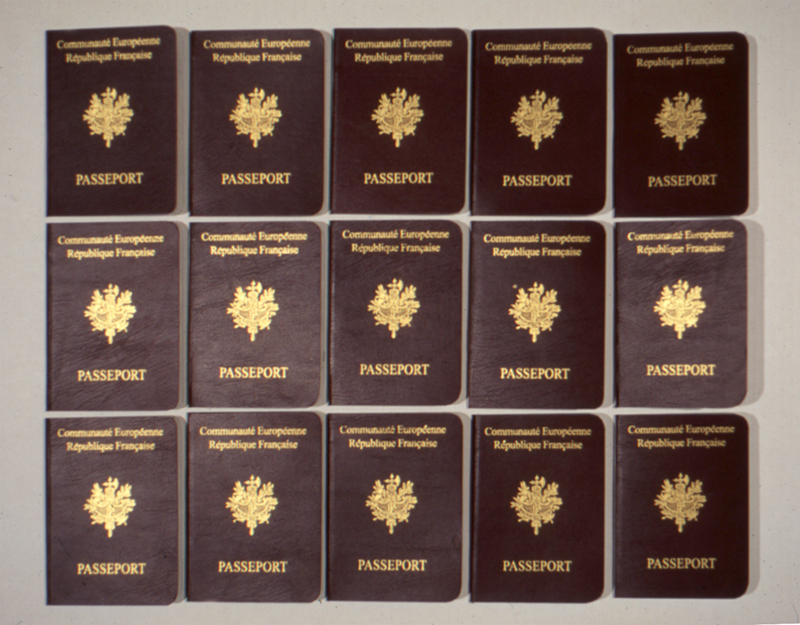 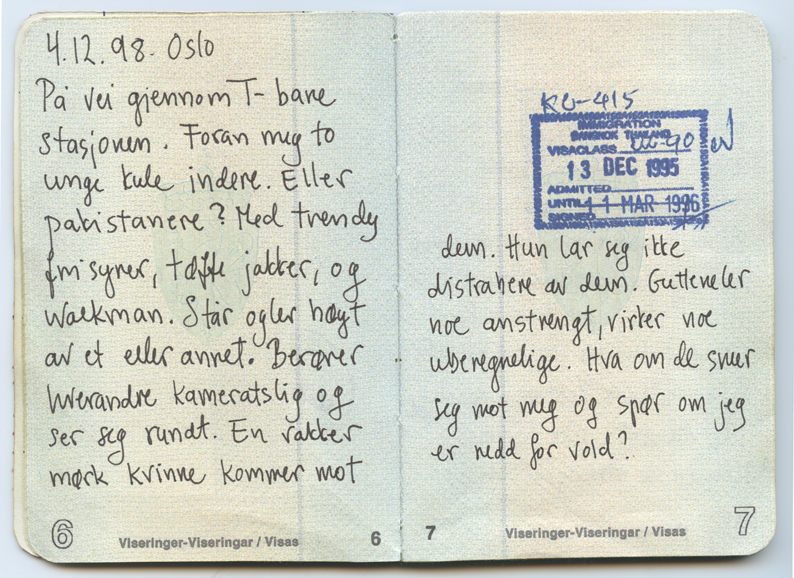 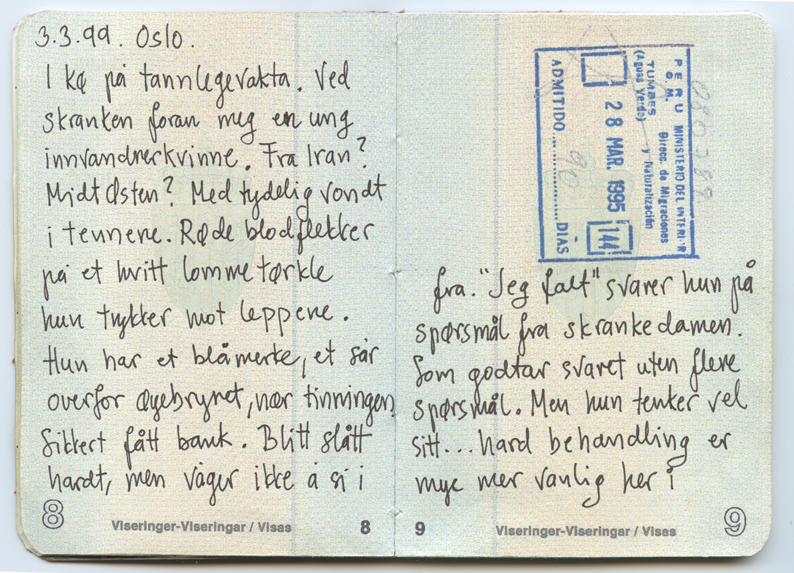 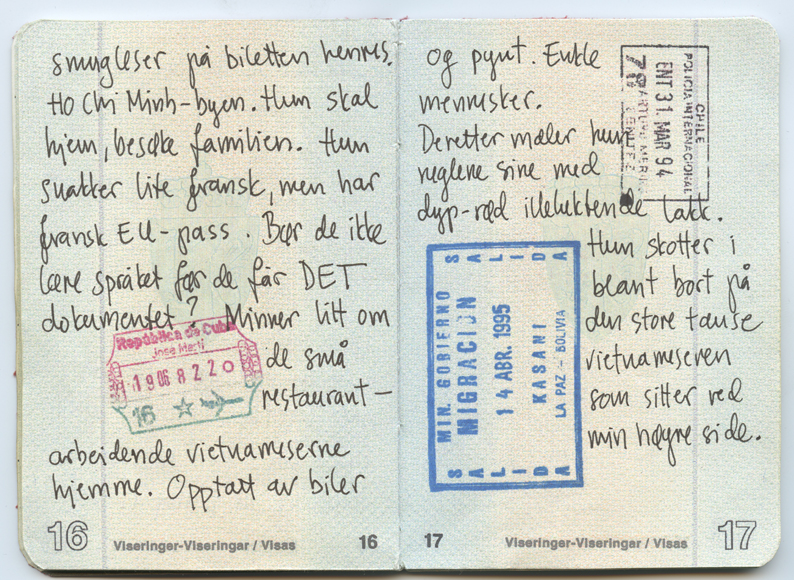 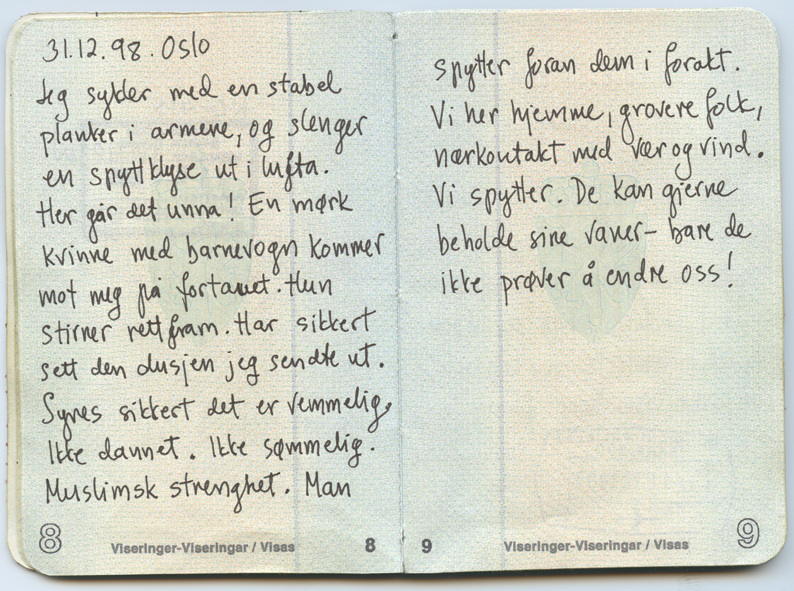 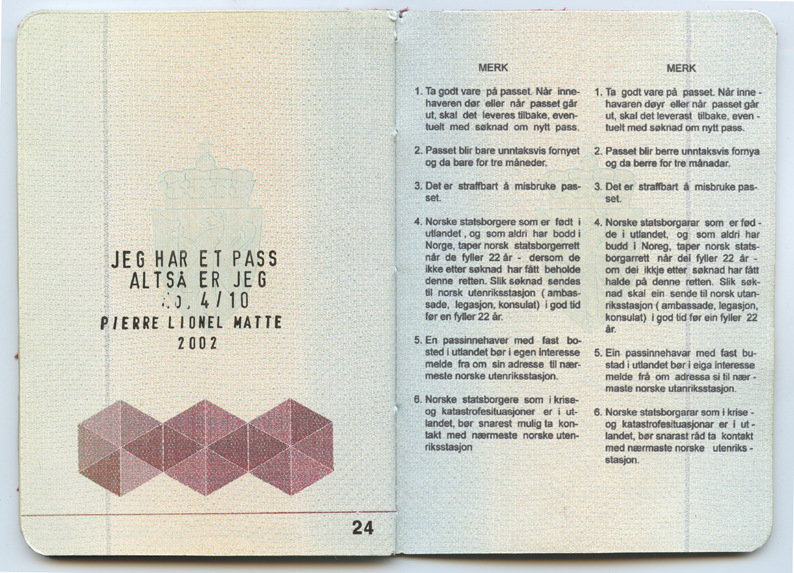 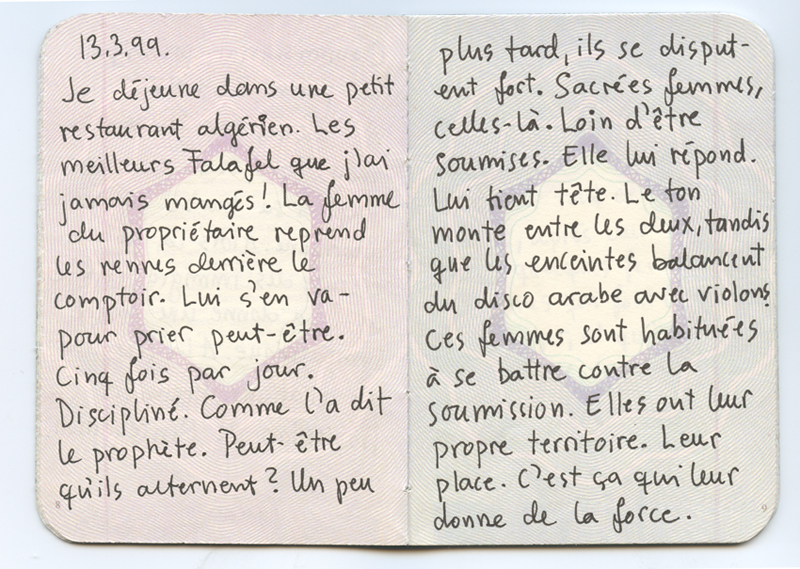 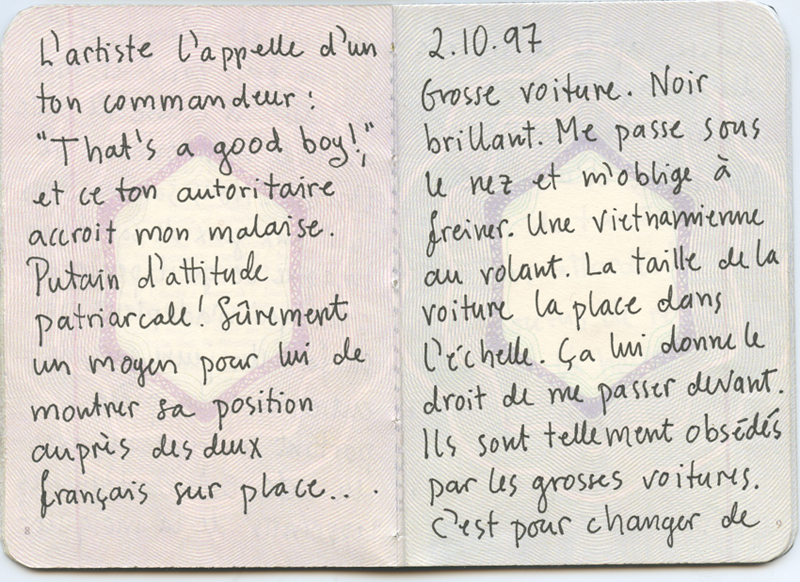 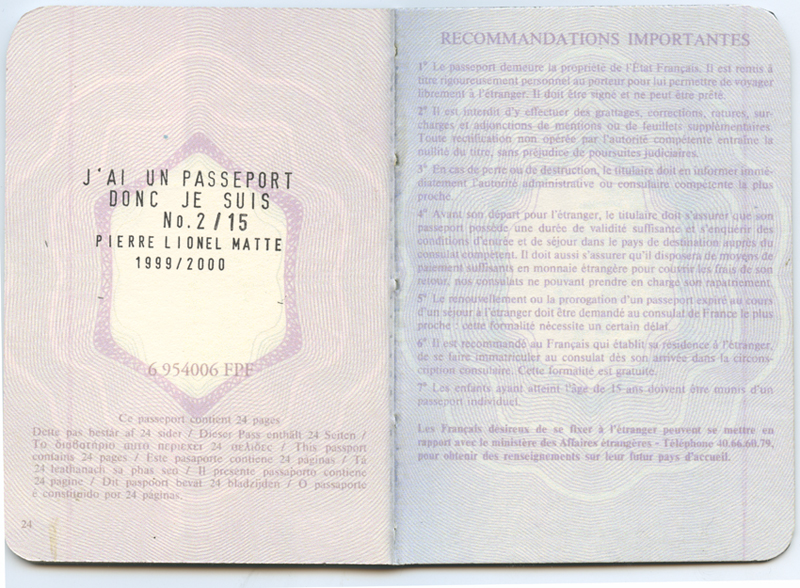 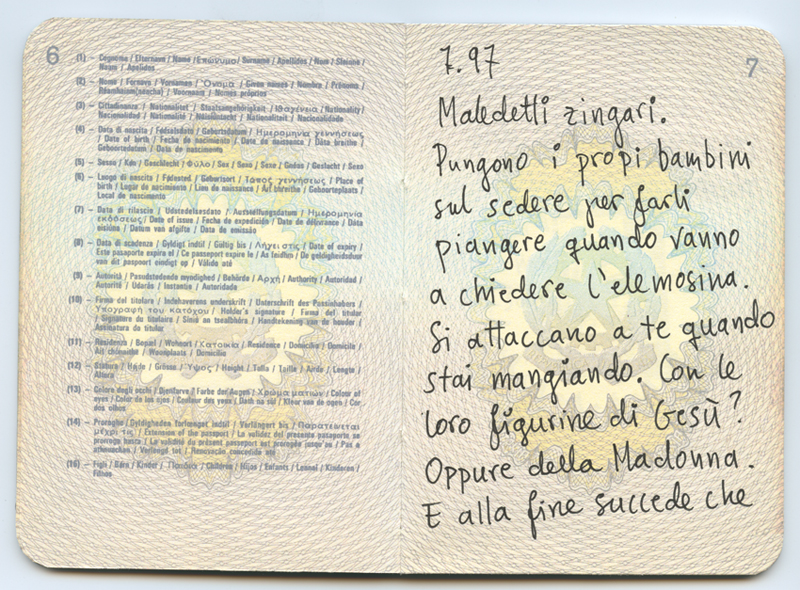 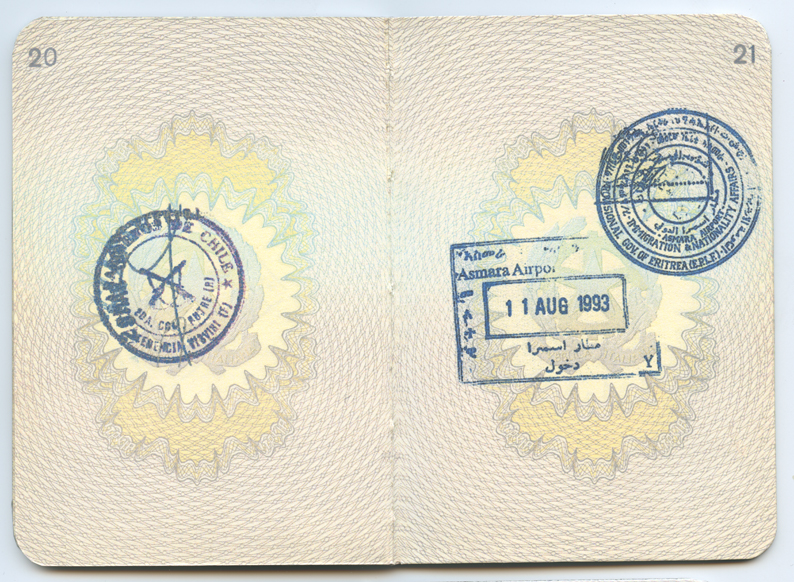 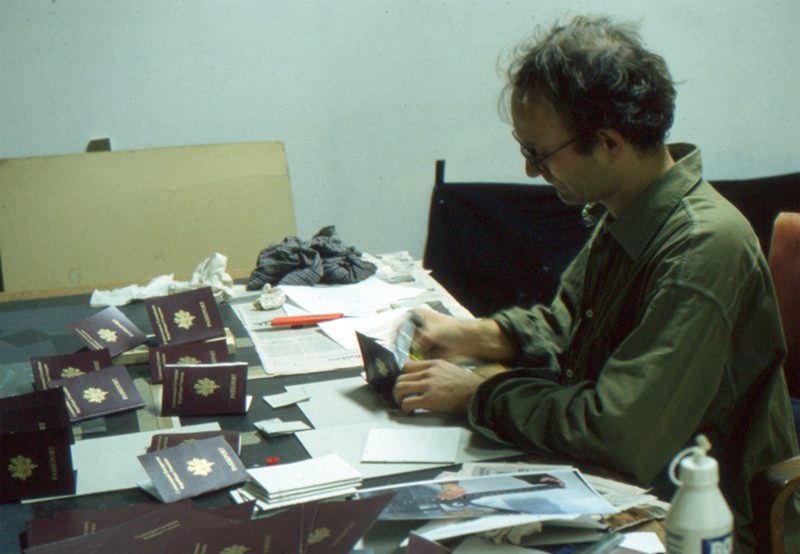