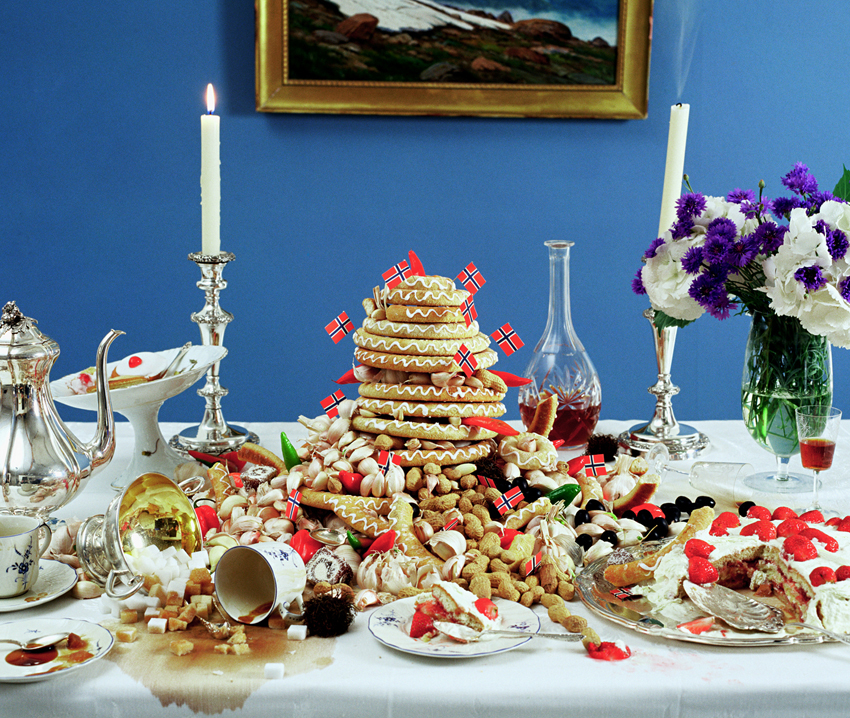 Cakes for a New Millenium

Inspired by the feminist slogan of the 1970's, « the personal is political « , I made a series of staged photography, where the traditional Norwegian  Kransekake ( almond-cake) symbolize my concerns about nationalism and xenophobia . 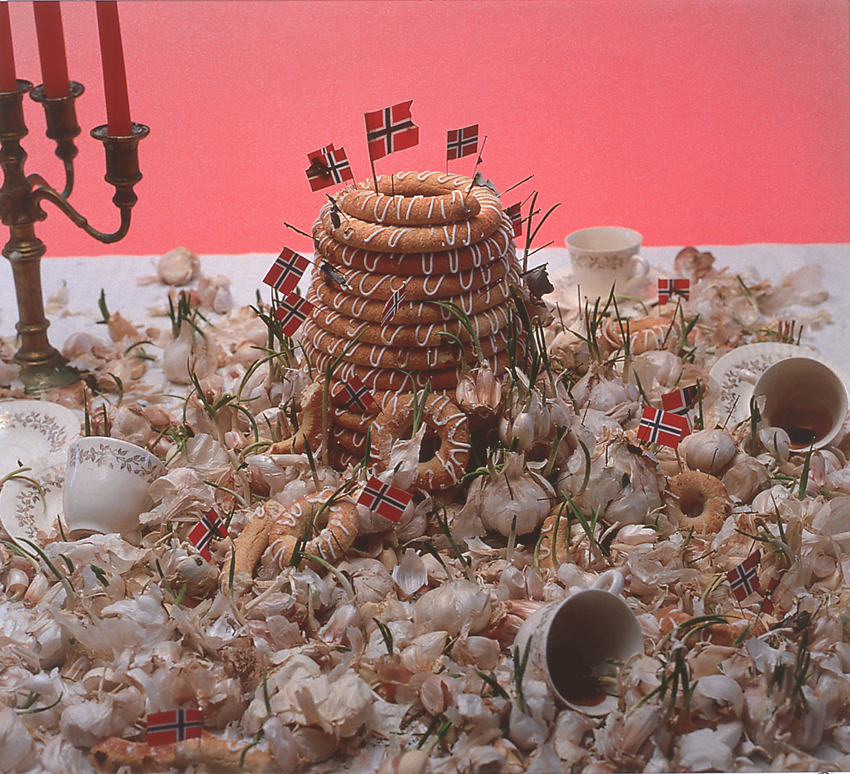 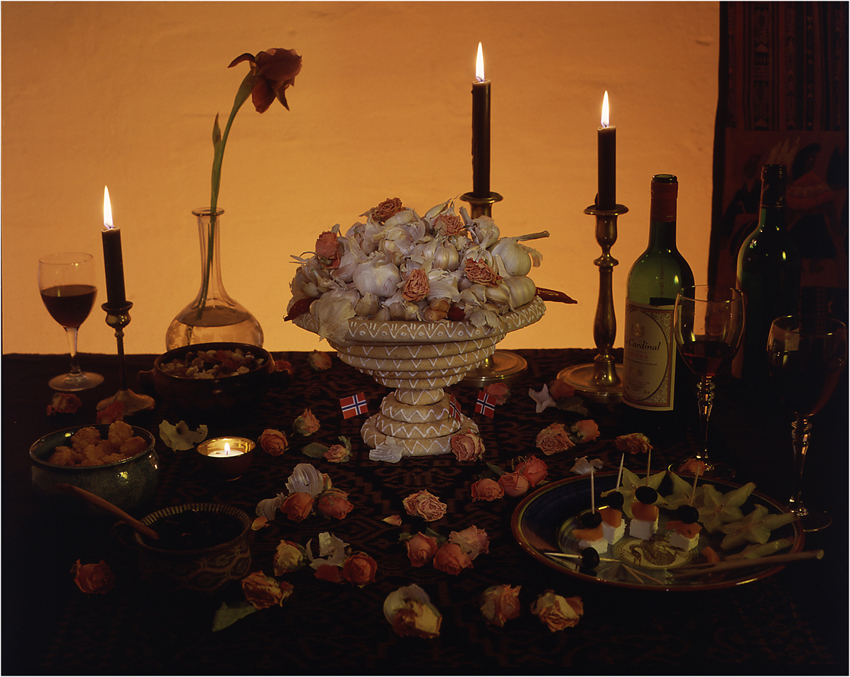