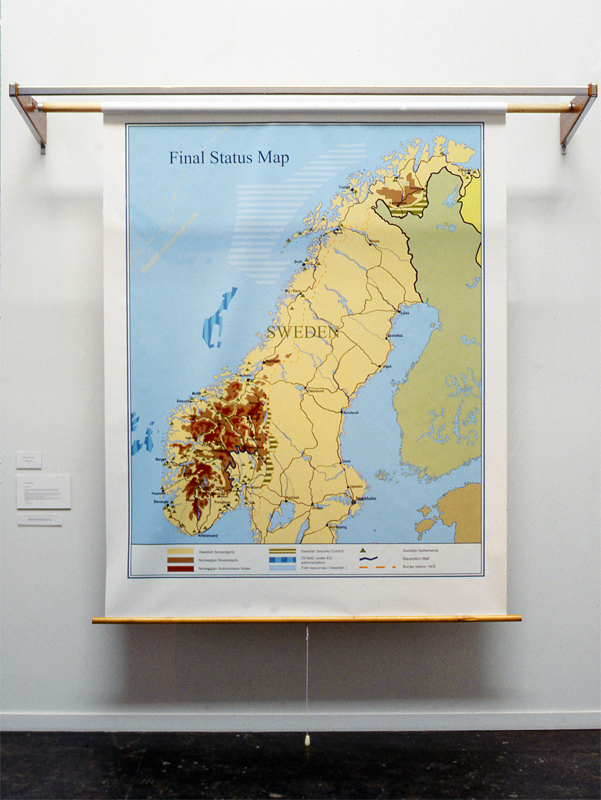 The project has its starting point in the 2005 celebration of 100 years of Norwegian independence, the construction of a national identity during the second half of the 19th century, and the resent Norwegian self-image as a leading peace mediator.

The map shows a fictitious political situation if the 1905 independency process had resulted in a Swedish military attack on Norway.
Based on maps from the Israel/Palestinian peace-process, known as the Oslo-process, the Final Status Map shows a fragmented Norway, corresponding to the propositions presented to the Palestinian representatives.

The territories given to Norway, mountains and remote valleys, correspond historically with that part of the country that became sources for the construction of a national heritage such as national costumes, language, fairytales and architecture. The coast areas and the cities with their more European cultural influence are controlled by Sweden. The Final Status Map also becomes a map of a mental internal colonisation; what was considered to be the most authentic Norway.
Mounted on an old stand, from children-schools, it points to the significance of the national schools in the formation of a national identity. 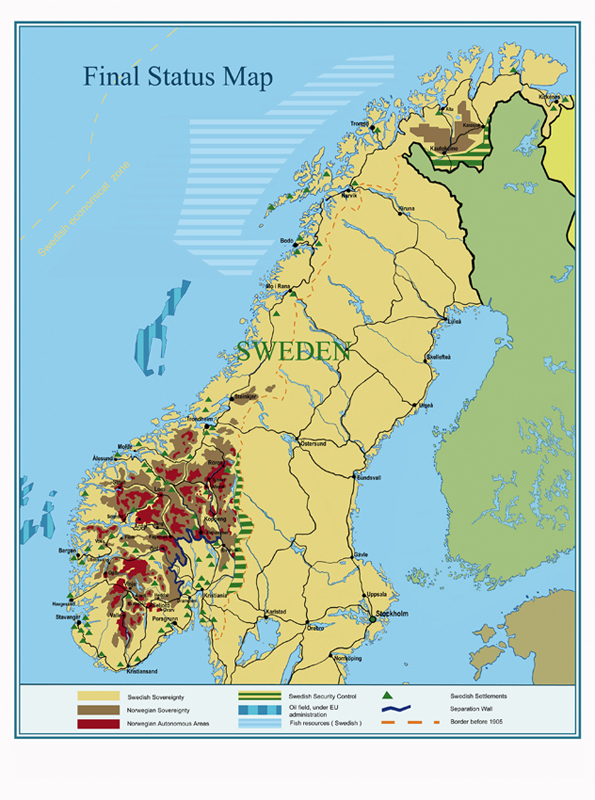 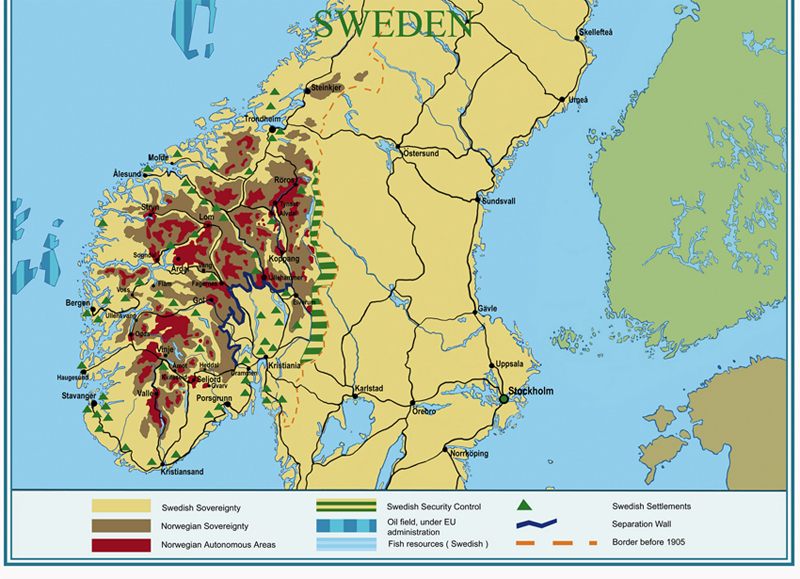 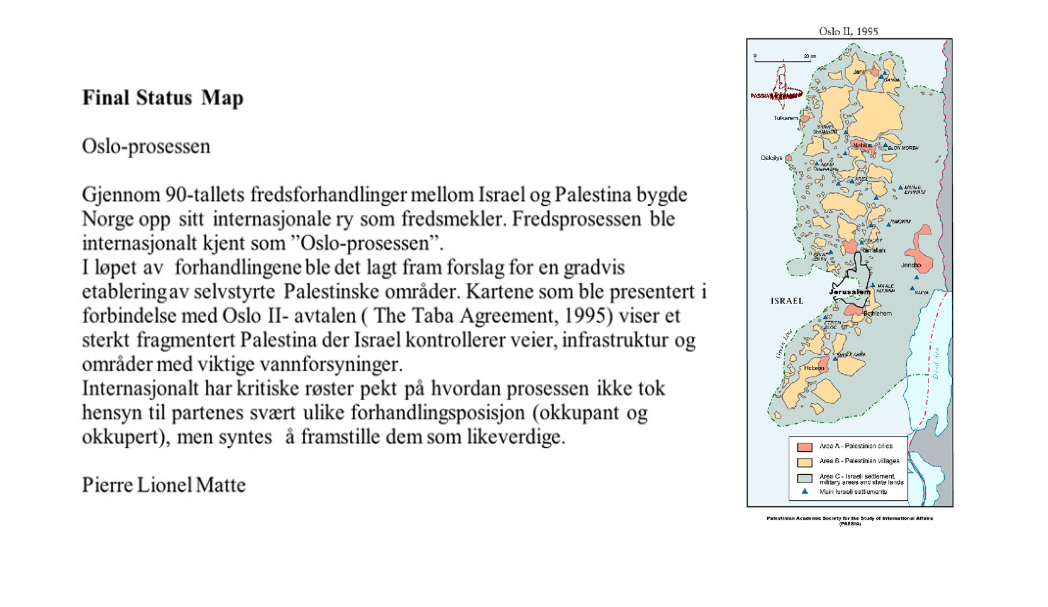 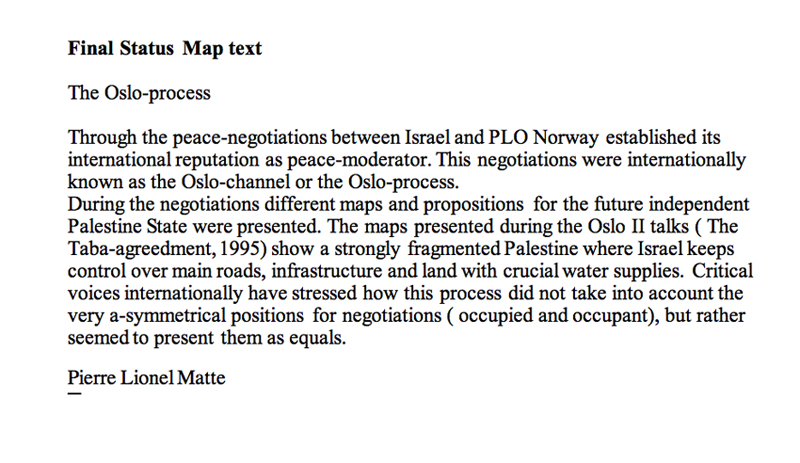