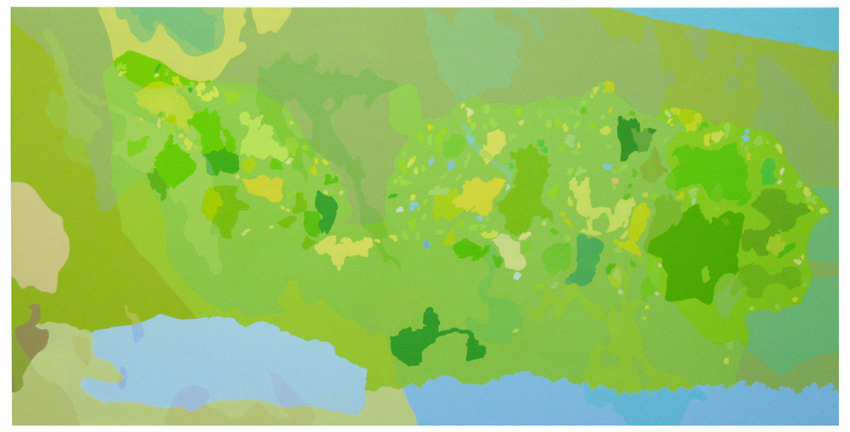 On loan from the Ministry of Foreign Affairs Art Collection

Background
Based on the published Maps from the Oslo-process; the peace negotiations between Palestine and Israel. These talks, that were initiated by representatives of the Norwegian political authorities in the early nineties, were partly held in a private cottage in the woods outside Oslo; a basic concept in order to create an atmosphere of mutual understanding and sympathy was to let these secret talks take place in Norwegian nature in the belief that the harmony of natural surroundings would affect the two conflicting nations. The Oslo-process was, in Norwegian media, considered to be a diplomatic “miracle” created by some extra-ordinary individuals, some political wizards. The result; the actual Maps were never shown in the broader mass-media.
These talks were the starting point for Norway’s international reputation as a leading peace-moderator, headed by representatives of the Norwegian Department of Foreign Affairs.

The Paintings
My question behind this project was; what kind of artistic aesthetic could represent the Norwegian Diplomatic Elite involved in these negotiations? What kind of possible PUBLIC ART COLLECTION could transmit the (romantic) ideas behind arranging these meetings in the woods?
I created a hypothetical public art collection called “The UD Art Collection”, ( UD = The Ministry of Foreign affairs ).

The shapes are based on the Israel propositions, The Taba Agreement 1995, for autonomous Palestine land; fragmented into separate “Islands”, surrounded by Israel. The Paintings MultiFruit shows the largest parts of these Palestine “islands”.

In the painting Norwegian Spring these shapes are combined with the shapes of the forest-hills and lakes were these first initial meetings took place.

The paintings are presented together with a short text giving basic information about the Oslo Process. 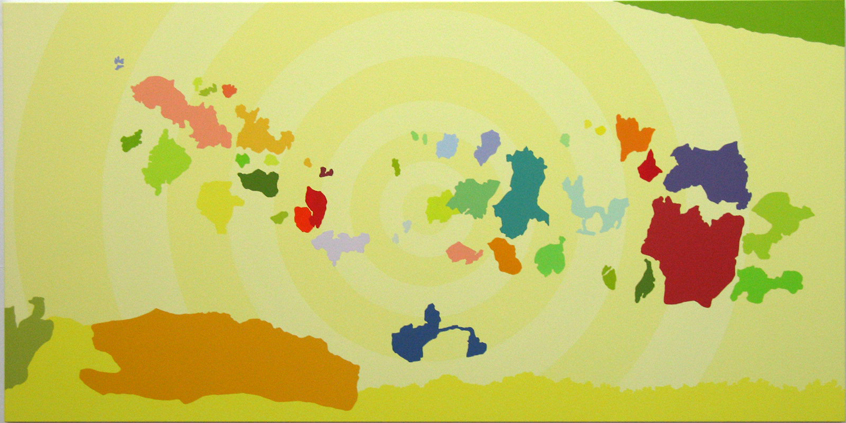 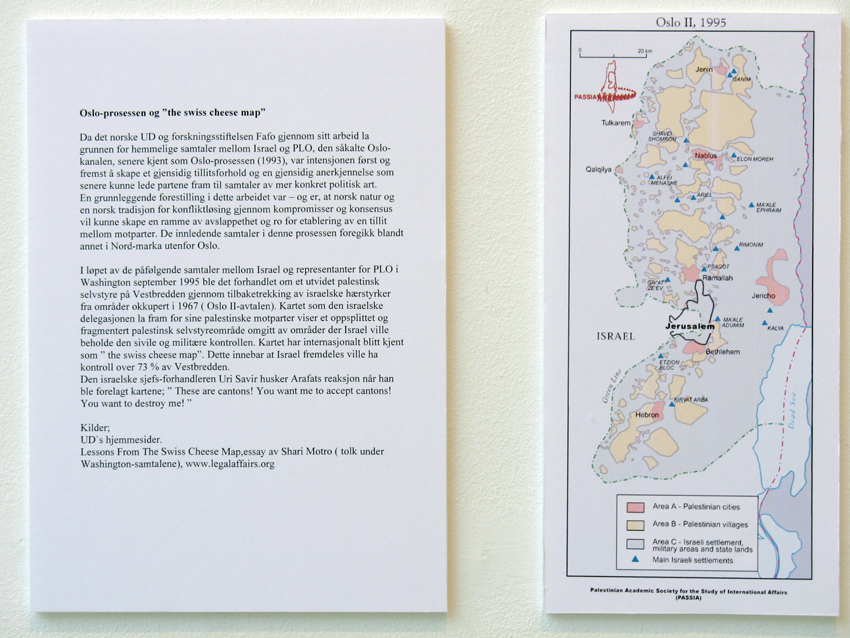 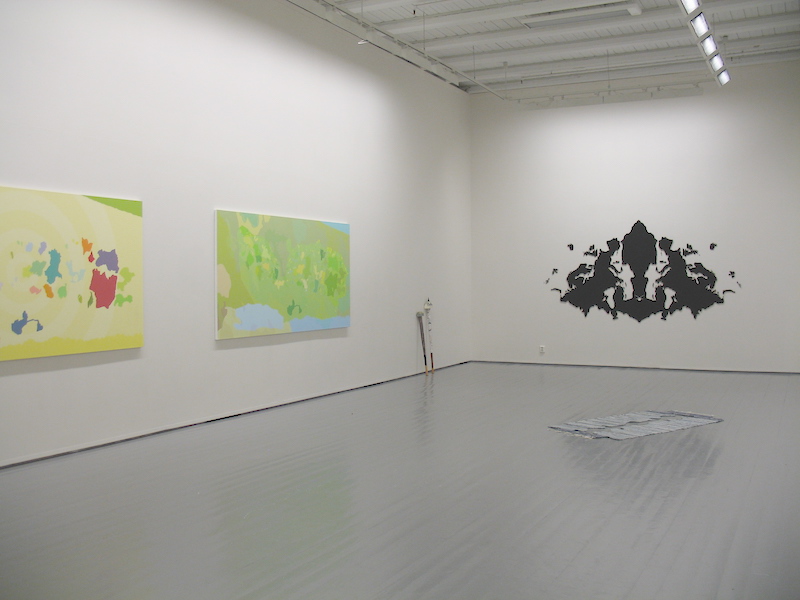